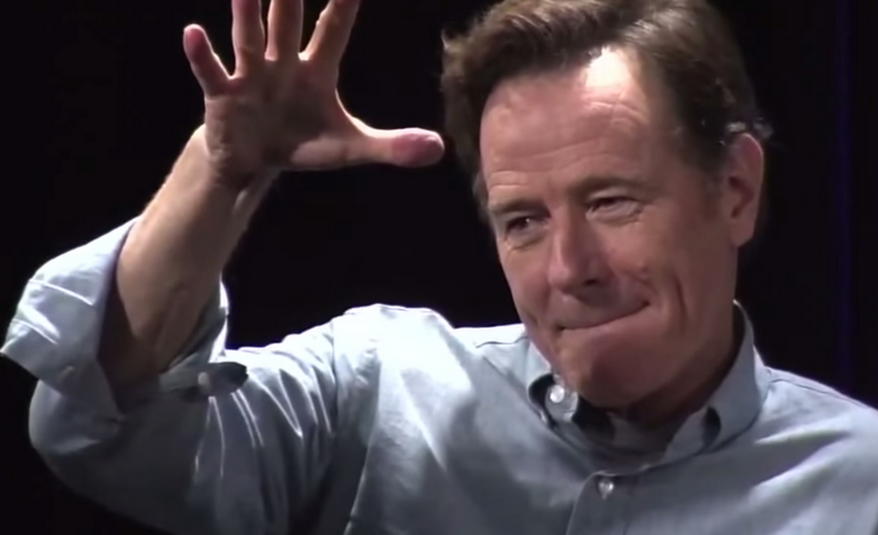 We know a lot about the upcoming remake of Saban’s Power Rangers. We’ve seen the official synopsis. We’ve seen the new Rangers cast both in and out of their uniforms. We know the amazing Elizabeth Banks is playing villain Rita Repulsa, and we’ve seen her in costume as well.

There was just one real question left: who the heck’s playing Zordon?

Well, it turns out we have an answer to that question, as Breaking Bad and Malcolm in the Middle actor Bryan Cranston tweeted out the following yesterday:

Excited to play #Zordon in the #PowerRangersMovie! T or F: #BlueRanger Billy Cranston was named after what actor? https://t.co/d3ltjpcDKb

Honestly? This casting is kind of genius. Bryan Cranston’s range as an actor is amazing — just consider the two roles he’s best known for. It’s almost impossible for Hal on Malcolm in the Middle to be any further than Walter White on Breaking Bad. Cranston brings both the dramatic weight and the comedic abilities to make the giant disembodied head that gathers “five teenagers with attitude” work on the big screen.