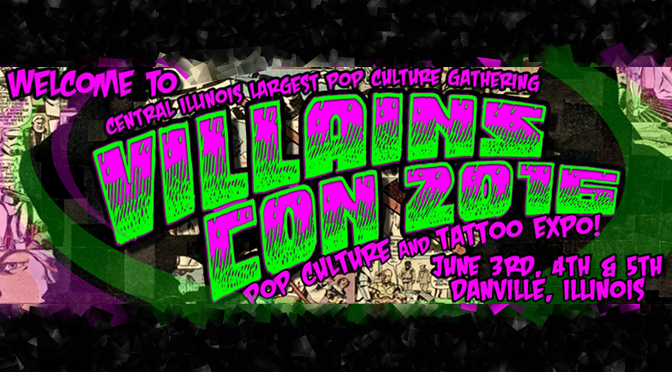 Earlier this month Villains Con 2016 took place June 3rd-5th in Danville, IL. And while everything seemed to run smoothly for the attendees at the con, not everything went so great behind the scenes — especially when it comes to their guests.

According to Pop Culture HQ there were problems with guest contracts, promotion, and payments. Airline tickets took forever to materialize, when Marina Sirtis cancelled a week before hand the con didn’t mention it until the day before, and transportation between the guests’ hotel and the event venue ended up being a bit of a clusterf***.

Things got a bit worse when it came to payments as well:

Even after fighting to get paid, they were given post-dated checks, despite their contracts stating cashiers checks or cash. Most of them walked away with post-dated checks. The guests were told to hold off depositing the checks until June 9th, which most (possibly even all) of them did. Of course the banks eagerly accepted, but the guests are still holding their breath to see if the checks bounce.

Despite the guests figuring out their own transportation and waiting to cash the checks, I still have reports of the promoter contacting both the agents and the talent to yell at them for being hostile and not waiting to deposit the checks.

You should really just read Pop Culture HQ’s write up on the situation if you want more details. The whole thing is pretty remarkable though, and doesn’t bode well for Villains Con’s future.

Pop culture conventions like Villains Con rely heavily on their guest line up, and if and organization alienates the talent and their agents, said convention may find themselves having a hard time drawing in new guests. I mean it all comes down to the old saying “don’t bite the hand that feeds you.”

But I guess that assumes convention staffs will have common sense.