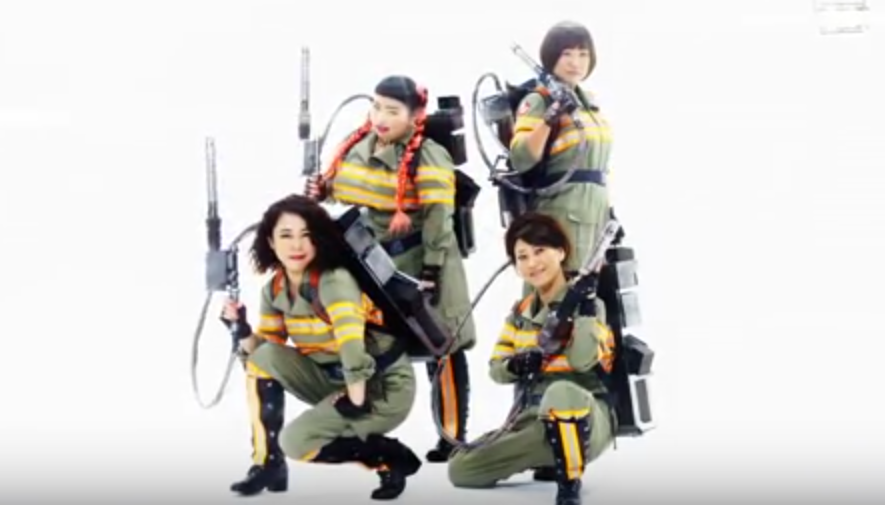 So the theme to the new Ghostbusters movie is… divisive? I think that’s probably the best way to describe it. We posted it last week, and while I happen to like it a lot, Pher (my cohort here at Nerd & Tie) has the opposite opinion.

Well, for those who don’t like Fall Out Boy’s interpretation of Ray Parker Jr’s theme, there is an alternative… the Japanese version.

Sony had Japanese comediennes Tomochika, Oniyakko Tsubaki, Naomi Watanabe and Shizuyo Yamasaki record a version (and shoot a music video) which is pretty damned faithful to the original track (for better or for worse).