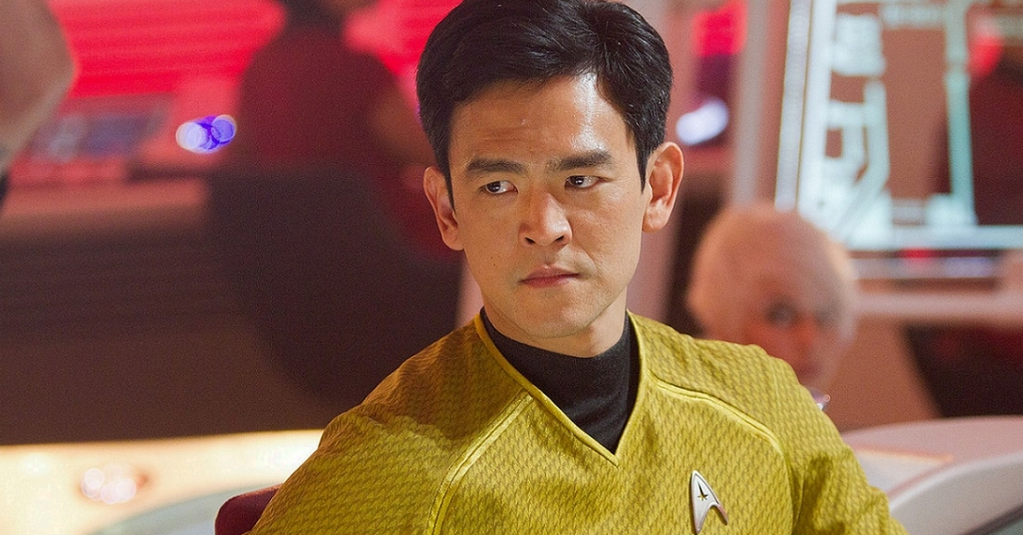 The Star Trek franchise has, for reasons that boggle the mind, always avoided any statements on homosexuality. It seems odd for an otherwise extremely progressive show, but beyond a few minor examples (almost all exclusively in Deep Space Nine), it’s almost never come up. That’s why it’s kind of a big deal that the upcoming Star Trek Beyond will reveal that one of its main characters is gay.

And that is, of course, John Cho’s Hikaru Sulu.

While it won’t be a major focus in the film, Cho’s version of Sulu will be revealed to be in a same sex relationship with another man, raising a daughter. Cho, while speaking to the Australian Herald Sun, said, “I liked the approach, which was not to make a big thing out [of] it, which is where I hope we are going as a species, to not politicize one’s personal orientations.”

Of course, not everyone is happy about the change – including the original actor to play Sulu, George Takei.

Takei, of course, is gay himself and has a history of LGBTQ+ advocacy – but doesn’t feel the change is true to Gene Rodenberry’s vision of the character. When he was informed that Cho’s Sulu would be gay, he urged the filmmakers not to do it. Takei instead urged them to instead create a new character, rather than changing the one he’d played for so long.

But here’s the thing — he’s not playing the same character.

Mostly Takei seems upset because it would indicate that his version of Sulu was closeted, and that’s not how he played the part. Now, it’s true that in actual Star Trek canon, Sulu’s sexuality was never dealt with. He’s portrayed as heterosexual in some non-canonical spinoff media, but the only time Takei did anything onscreen that would have indicated he was playing a straight character was in the TOS episode “Mirror Mirror.”

And he was playing an alternate reality’s version of the character.

Specifically, he was playing the Mirror Universe version of the character, and as later Mirror Universe episodes establish (most notably in DS9), alternate versions of the characters don’t always have the same sexuality of their Prime Universe counterparts. In that vein, Cho is playing the Kelvin Timeline version of Sulu, who (unlike Kirk, Spock or McCoy) was conceived after the timeline split from the Prime reality. While Cho’s Sulu may share a name with Takei’s, the character is more like a brother to Sulu Prime than an alternate iteration.

Frankly, I find it hard to believe any of the post-timeline split born characters are genetically identical to their counterparts — the odds just don’t work out. I mean, we know for a fact that the late Anton Yelchin’s Pavel Chekov is a different person than Walter Koenig’s, as they were born in different years.

So with that, I welcome Cho’s gay Sulu. He’s his own man, and I think it’s the right step for the franchise.

Via The Verge, THR