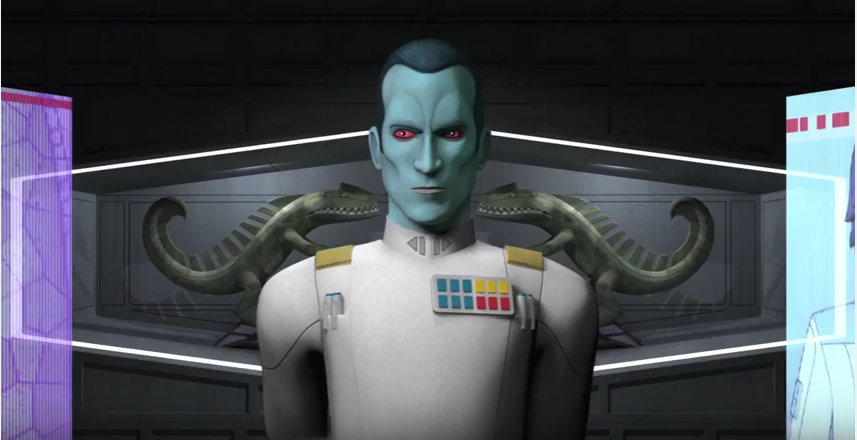 Back in February you might recall that we reported on a rumor that Grand Admiral Thrawn would be returning to Star Wars Canon in the new season of Rebels. Well the trailer for season three is here, and sure enough, the blue-skinned super tactician has wandered back into Canon from the mysterious badlands known as LEGENDS and as a Grand Admiral no less.

It looks like they are already setting him up as a force to be reckoned with and while I imagine the timeline will be quite different now, as the Thrawn trilogy of novels are still considered LEGENDS, its still very cool to see this popular EU character back in the main story.

Check out the new trailer to get a first look at Thrawn along with some other really cool stuff, such as Tom Baker as a force-adept monster!