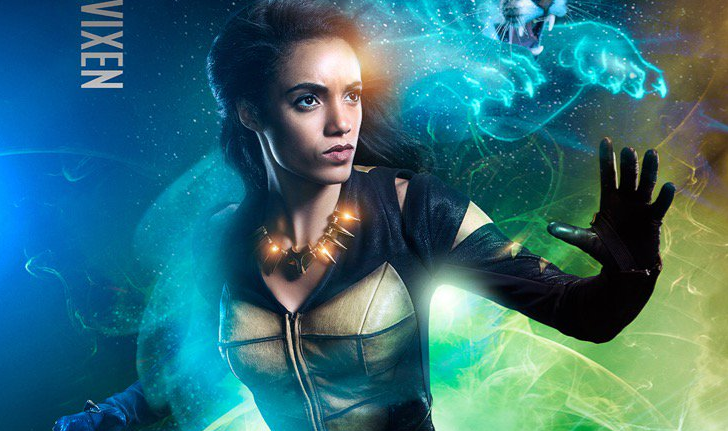 Back in June we first learned that an incarnation of the superheroine “Vixen” was going to show up on The CW’s Legends of Tomorrow. We’d previously met Mari McCabe version of Vixen (played by Megalyn E.K.) on Arrow and her own CW Seed show Vixen, but as her powers are from an inherited necklace that gets passed down through the family, it’s pretty easy for another generation’s Vixen to show up on a time travel show.

Since that announcement, Maisie Richardson-Sellers has been cast in the role – and while we don’t know her version’s given name, we know she’ll be a member of the Justice Society. We also now know, thanks to Marc Guggenheim’s twitter account, what Richarson-Sellers’s version of the character will look like too:

The costume isn’t too different from the version worn by Megalyn E.K., while still being unique enough to stand out. It’s pretty much everything we could have hoped for.

Legends of Tomorrow returns to Thursday nights this October on The CW.