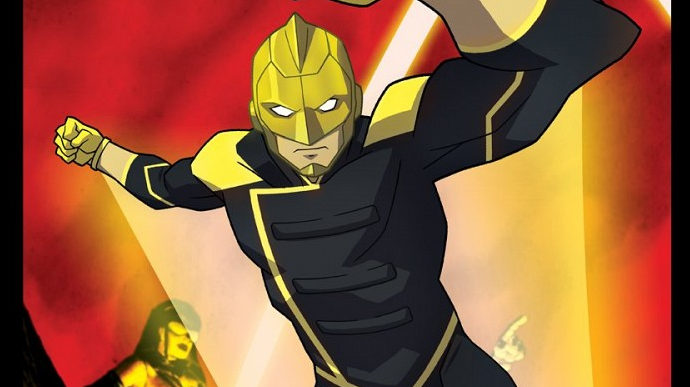 While DC’s film cinematic universe (the DCEU) is having problems getting started, their TV continuity (which some of us call the Arrowverse) is doing spectacularly. Between Arrow, The Flash, Legends of Tomorrow, Supergirl, Vixen, and (the unfortunately concluded) Constantine, it’s getting to be a pretty big place.

And is about to get a little bit bigger.

It’s being reported that The CW’s online network CW Seed is launching a second animated webseries called Freedom Fighters: The Ray. Greg Berlanti and Marc Guggenheim will produce the series, which Deadline summarizes:

Raymond “Ray” Terrill was a reporter who discovered a group of government scientists working on a secret project to turn light into a weapon of mass destruction. But before he could report on his findings, the project head exposed Ray to a “genetic light bomb.” The bomb failed to kill him and instead gifted Ray with light-based powers. With these abilities, Ray realized he could go beyond reporting on injustice – he could take action to help stop it. Calling himself The Ray, he was recruited by Uncle Sam and the Freedom Fighters to fight violence and oppression wherever it exists.

Importantly though, Ray Terrill is gay, which makes him one of the only LGBTQ characters to lead a mainstream superhero property.

Like the CW Seed’s other series, Vixen, they’ll be casting a voice lead in the series who can also play the character in any live action crossovers with shows like Legends of Tomorrow and Arrow.

Freedom Fighters: The Ray is expected to premiere on the CW Seed some time in 2017.