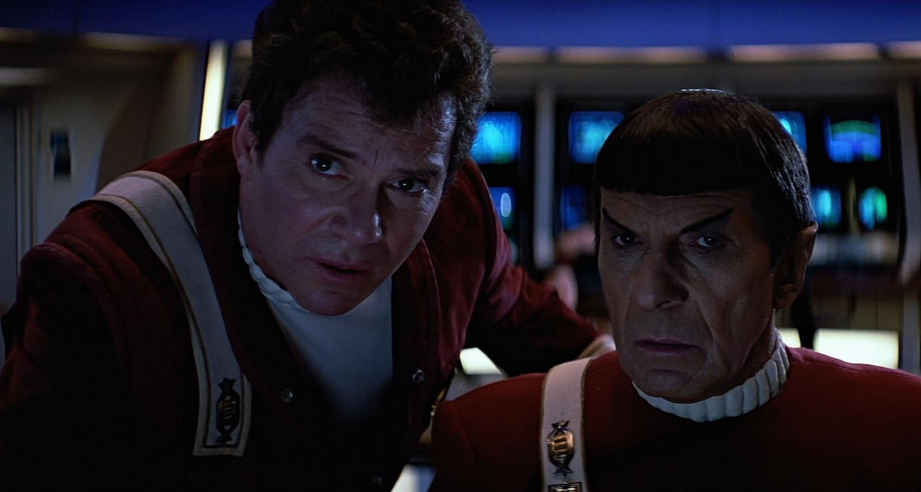 Star Trek V: The Final Frontier is generally agreed to be the worst Star Trek film ever made. It’s poorly plotted, full of janky special effects (due to every good effects house being committed to other projects the year it was made) and just overall a mediocre movie. But it’s also a couple decades old, so you may be wondering why the heck we’re bringing it up.

You see William Shatner, who directed The Final Frontier, has been doing the rounds promoting a new project, and while speaking with EW he offered an almost-apology for it. Specifically Shatner said:

I got the chance to direct a several-million-dollar movie, Star Trek V, and I did not get the help I needed in allocating my budget, so when it came to shooting the ending — needing a good villain and lots of computer graphics — I had run out of money. Sorry about that. [Laughs.] I had to use footage that I had already shot — and spit on it a lot. I wanted to give [the audience] earth-breaking granite monsters spewing rocks and fire. Instead, I had a few pebbles in my hand that I threw at the camera.

What I get from this is that Shatner has no idea why people didn’t like the movie. I mean, he’s still dwelling on the weird rock monster thing that (thankfully) got cut, and not the fact that it was a movie where the Enterprise got hijacked and flown to the (retconned as not the center) “center” of the Galaxy to meet God.

And that end confrontation Shatner wishes was different? It’s one of the two good things that came out of the movie period. I mean, who doesn’t love the line “What does God need with a Starship?”

If you’re curious what the second good thing is, it’s this: