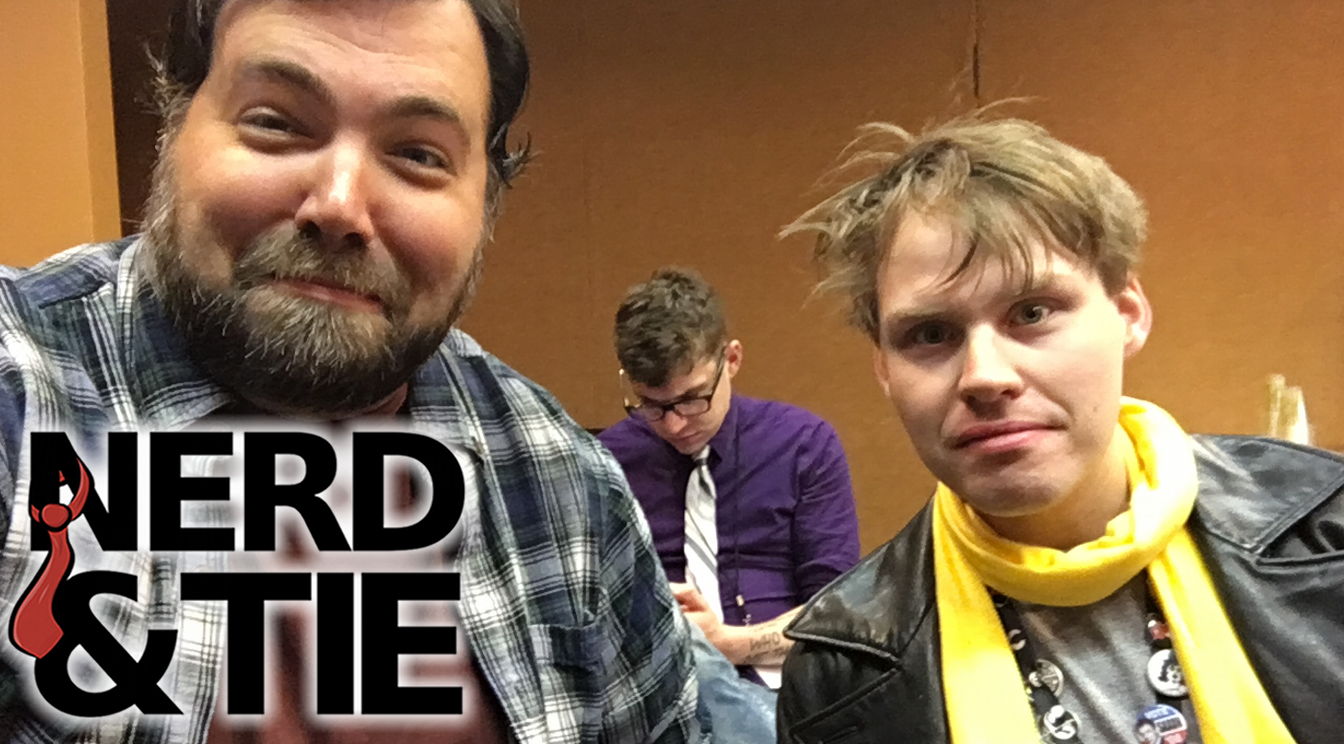 This episode of Nerd & Tie was recorded at Geek.kon 2016 at the Madison Marriott West in front of a live studio audience. We’re also continuing our “audio only” streak, because (frankly) it’s easier to set up and tear down at conventions.

We tackle the hard pressing issues this fortnight, like Shatner almost apologizing for Star Trek V, and director Doug Liman moving from the Fox/Marvel Gambit production to DC’s Justice League Dark movie “Dark Universe.” We also cover some lighter fare… like how the reveal that Zendaya’s Spider-Man: Homecoming character is none other than Mary Jane Watson showed us all exactly how many racists we hadn’t weeded out of our Facebook feeds yet.

It’s been a weird couple of weeks.