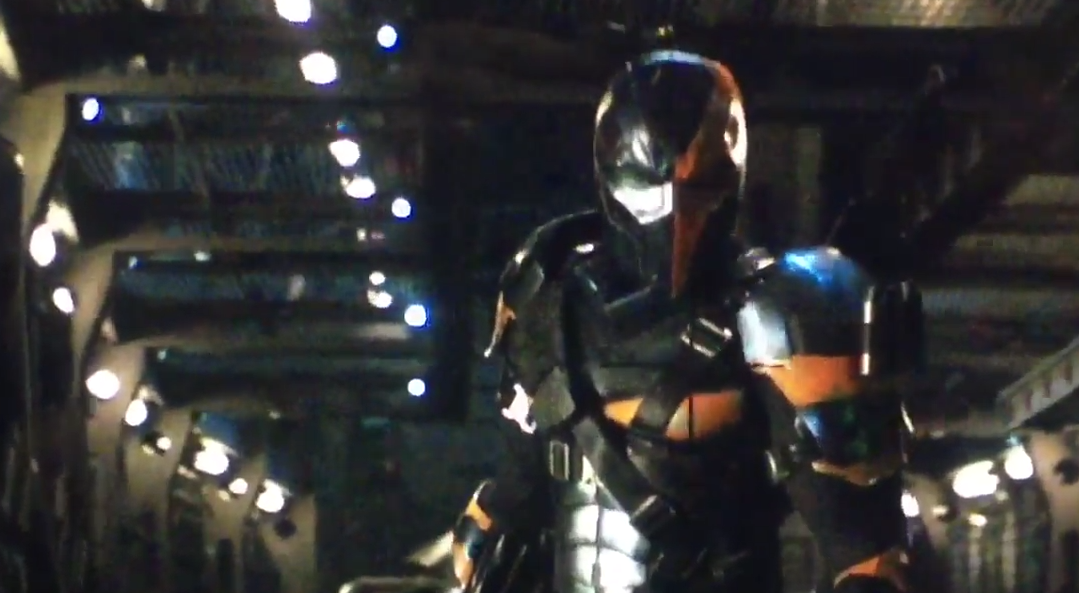 Current movie Batman Ben Affleck recently tweeted out a short video revealing what is easily assumed to be the DCEU version of Deathstroke. While we don’t know if this is a shot from the forthcoming Justice League film or a costume test for the currently untitled Batman solo film Affleck will direct, it was clear the Deathstroke is coming to the big screen.

And now we know who will play him.

According to The Wall Street Journal, DC Creative Officer Geoff Johns has confirmed that Joe Manganiello will be suiting up as Slade Wilson in Affleck’s Batman film.

Johns wouldn’t confirm whether or not Deathstroke would show up in Justice League, but even if he does — it would just be a cameo. We wouldn’t get a chance to really spend time with the character until the Batman film anyway.

Via The Wall Street Journal