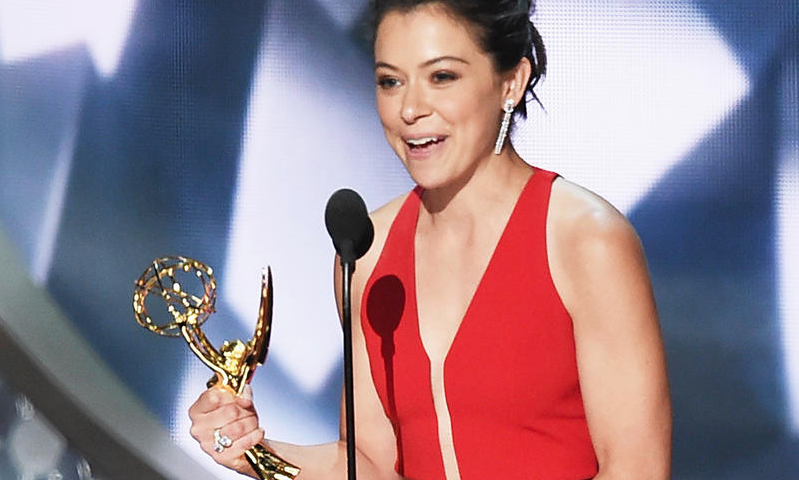 We can never stop raving about Tatiana Maslany’s powerhouse performance on BBC America’s Orphan Black, where she doesn’t just play one character, but almost a dozen. Often Maslany is sharing scenes with multiple versions of herself, but she so perfectly creates people so different from each other, it’s actually difficult to remember that they’re all still her.

But for the first couple of years of the show, she was seemingly ignored by the Emmys. Maybe that has to do more with the show being on a cable network many still don’t receive than anything intentional, but it still seemed odd not to hear her name during nominations those first couple of seasons. Then, last year, she was finally nominated — but lost out to Viola Davis (who, admittedly, is an amazing performer). This year Maslany was nominated again though…

…and last night she won.

It’s a long time coming, and well deserved. I’ve embedded her acceptance speech below (though it’s not from any official account so it may get pulled), and frankly she looks pretty surprised that she finally won too.

Orphan Black returns for its final season next year.