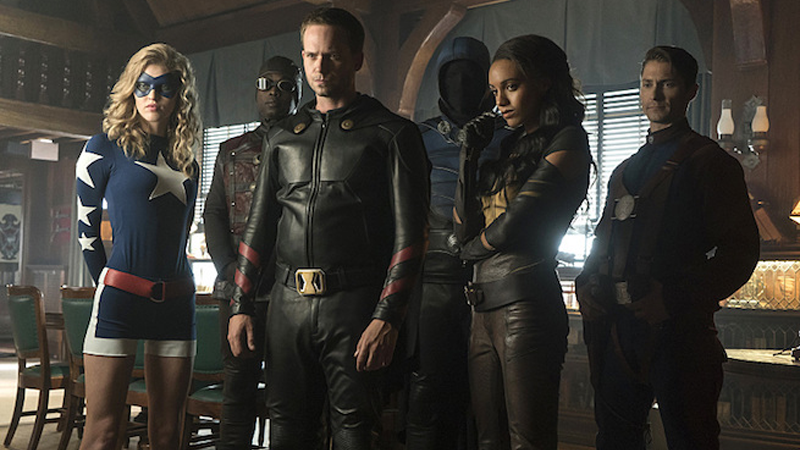 So at the end of Season 1 of Legends of Tomorrow we were introduced to Hourman who said he came from the Justice Society of America. Fans of the comics know the JSA as the World War II predecessors to the Justice League and sure enough that’s what they’re gonna be in the show. Lets take a look! 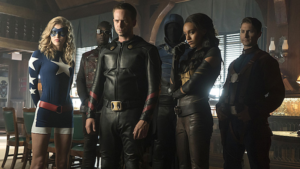 That’s (Left to right) Stargirl, Doctor Midnight, Hourman, Obsidian, Vixen and Commander Steel! And we’ve got a better look at Obsidian and Doctor Midnight in the next picture. 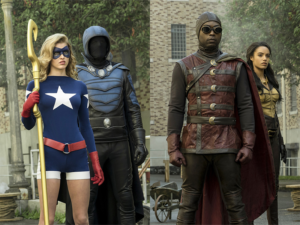 Stargirl looks AGGRESSIVELY 40s Comic hero, I’m sort of sad everyone else has the super-muted costumes that have been the standard since Arrow, but I still think they look great.

Be sure to check them out October 20th.