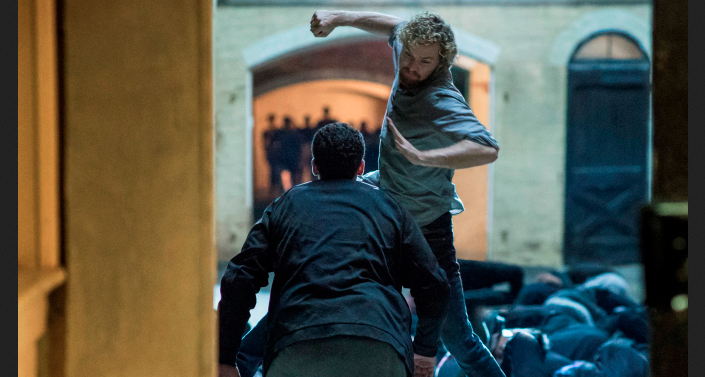 The Netflix corner of the Marvel Cinematic Universe has been repeatedly hitting it out of the park with shows like Daredevil, Jessica Jones and their latest entry Luke Cage. I mean, seriously — have you seen Luke Cage yet? You should watch it right now. It’s amazing.

Anyway, the last piece to fall into place before we arrive at the planned Defenders team-up miniseries is, of course, the long ago announced Iron Fist (not counting the currently in production The Punisher). The show has been trucking along though, and now we know when we’ll finally get to see it.

Well, I mean, we’ve roughly known for a while, but now we have the actual exact date that everyone will start their Marvel series binge/brainspike.

According to Variety, on March 17, 2017 at 12:01AM Pacific all thirteen episodes of Iron Fist will hit Netflix in North America. Are you excited? I mean, personally, I know that I’m excited.

Hopefully this one turns out as well as the last three shows.