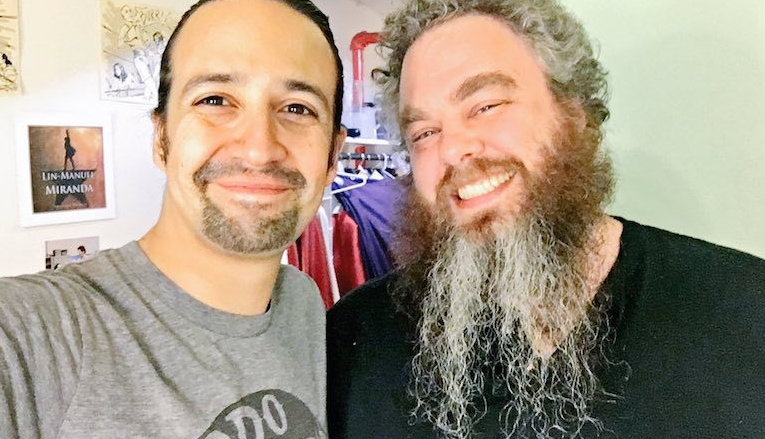 Patrick Rothfuss’s book trilogy The Kingkiller Chronicle is being adapted as an ambitious film/television series, and it just got a new producer: Lin Manuel Miranda

Miranda will be the show’s “musical mastermind,” composing original music and writing songs for the project. Miranda’s deal also includes a bit saying he’ll be involved with any stage adaptations of the material that might happen down the line too.

Lionsgate’s adaptation is fairly complicated affair. It will begin with a movie adaptation of The Name of the Wind written by Lindsey Beer, followed by a television series (under Rothfuss and Miranda’s creative direction) which will explore and expand the larger world of The Kingkiller Chronicle.

It seems like everything is nicely coming together on this.