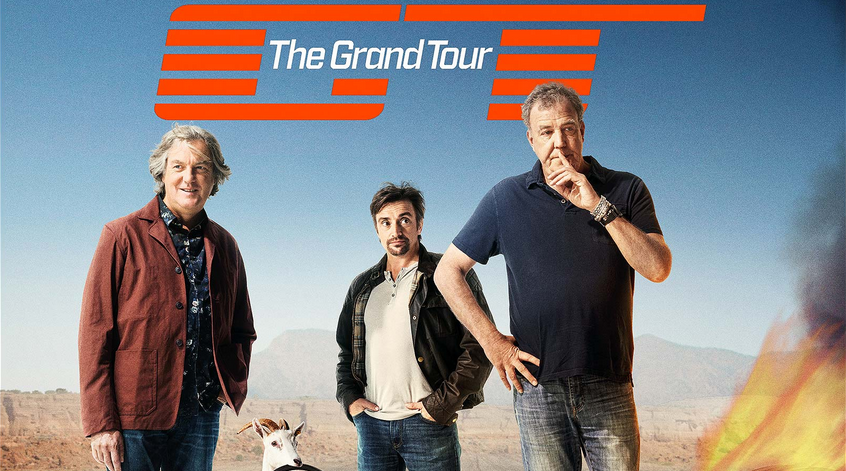 The internet was awash in articles today with headlines like “Amazon’s The Grand Tour is the Most Illegally Downloaded Show Ever,” “The Grand Tour May Be The Most Illegally Downloaded TV Show In History,” and “Amazon’s ‘Grand Tour‘ may be the most pirated TV show ever.” Everyone seems to be talking about how the spiritual successor to the “new” Top Gear (old-new Top Gear?) had miraculously become the most pirated show of all time.

I mean, that would be miraculous. Because while The Grand Tour has been an unparalleled success for Amazon’s streaming platform, to beat out The Walking Dead and Game of Thrones in popularity on illegal platforms would take such a massive ground swell of activity it would boggle the mind. Piracy is usually proportional to popularity, and if The Grand Tour really was the most pirated show of all time, it’d surely be headline worthy. Except here’s the thing – it’s really not.

Not by a long shot.

You see, all of those articles go back to a singular source — this Daily Mail article. And, if you recall how I started this particular article, you should never trust The Daily Mail.

Their article cites data from Muso, a London based anti-piracy company, but doesn’t really contextualize it. Everyone just started repeating what The Daily Mail published without actually confirming it (or even checking to see if that’s what Muso’s data said). Well, everyone except Variety.

Variety actually contacted Muso, and Muso told them that it was The Grand Tour was the most pirated British TV show and had the “highest level of piracy for a TV series in its first season through the first three episodes.” Muso didn’t release any actual numbers though, so Variety sought out other sources of data:

Data from another research firm, Germany-based Tecxipio, shows that “Grand Tour” was not even close to being the most-pirated show over the last three weeks. From Nov. 18 to Dec. 11, episodes of “The Grand Tour” were shared 1.92 million times by internet users on peer-to-peer piracy networks, per Tecxipio. By comparison, AMC’s “The Walking Dead” over the same time period saw 9.87 million total illegal downloads.

And while those numbers for The Walking Dead seem impressive, they’re nothing compared to how often Game of Thrones gets pirated. But people didn’t want to dig, and saw potential for a flashy headline — going to press with dubious claims promoted by The Daily Mail.

And, as I always say, you should never trust The Daily Mail.