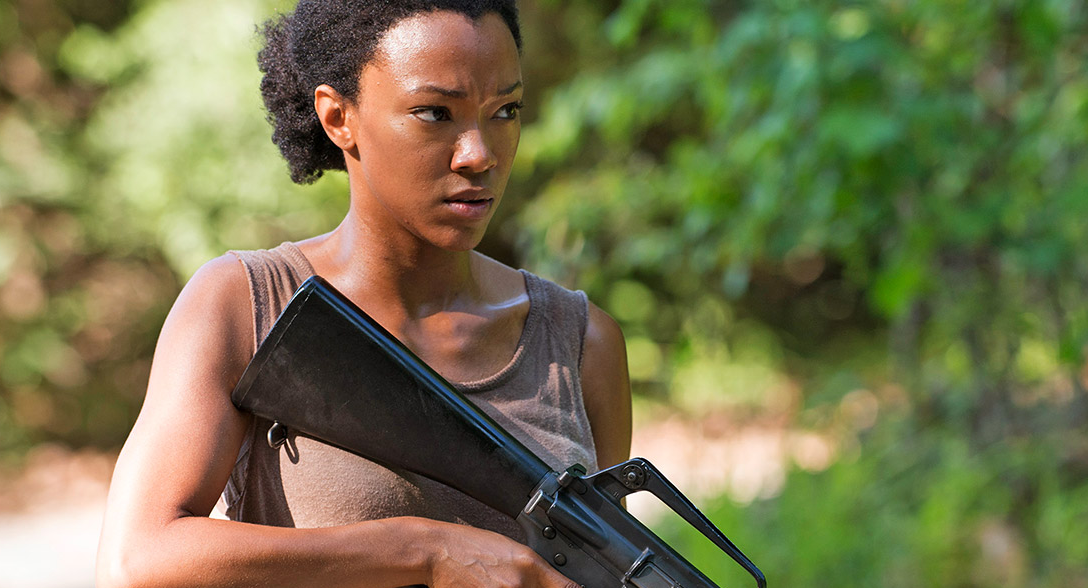 One of the more interesting aspects of CBS All Access’s upcoming foray into the Star Trek mythos is that the central character, for the first time in the franchise, won’t be the ship’s captain. And while we’ve gotten some news about Star Trek: Discovery‘s cast, we hadn’t learned who would be playing said lead character yet. Well, that is until now.

EW is reporting that The Walking Dead‘s Sonequa Martin-Green will star in Discovery. Her character will still be a member of the ship’s senior staff, apparently holding the rank of lieutenant commander.

While the actress will reportedly continue in her role as a series regular on The Walking Dead, I have to wonder how much longer that will continue (especially considering how often leads get killed on that show). I mean, she has the availability to be the star in another television show – that’s not a good sign for fans of her character on AMC’s zombie drama.

But I guess said fans can take solace in knowing the actress is going where no one has gone before.

Star Trek: Discovery is scheduled to begin streaming in May 2017.