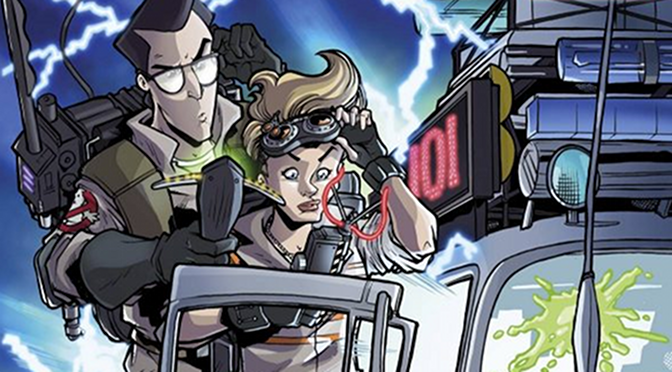 Fans of the 2016 reboot of Ghostbusters may not get to see our heroines back up on the big screen any time soon, but that doesn’t mean Abby Yates, Erin Gilbert, Jillian Holtzmann, and Patty Tolan won’t be having additional adventures. In fact, in March of 2017, they’ll be teaming up with the original Ghostbusters Peter, Ray, Egan and Winston in the pages of IDW’s Ghostbusters 101 comic.

The comic will see the original Ghostbusters universe merge with the alternate reality of the 2016 film. As described by IDW:

Shortly after the classic Ghostbusters decide to get back to their roots of teaching the next generation of ‘busters, an inter-dimensional mishap merges together their universe with that of the new crew of paranormal police. Now, with the fate of two dimensions in the balance (maybe more?!), can these distinctly different teams come together to repel the greatest supernatural challenge any of them have ever faced? They’re going to have to find a way if there’s any hope for survival. Prepare for mass hysteria of the dogs and cats living together variety, because this time everyone… ANSWERS THE CALL!

This isn’t the first inter-dimensional team up in the Ghostbusters comics, as the 1984 crew teamed up with their “Real” cartoon counterparts in 2015 (though that didn’t involve universes literally merging). Whether Ghostbusters 101 will be as good as that crossover remains to be seen as well.