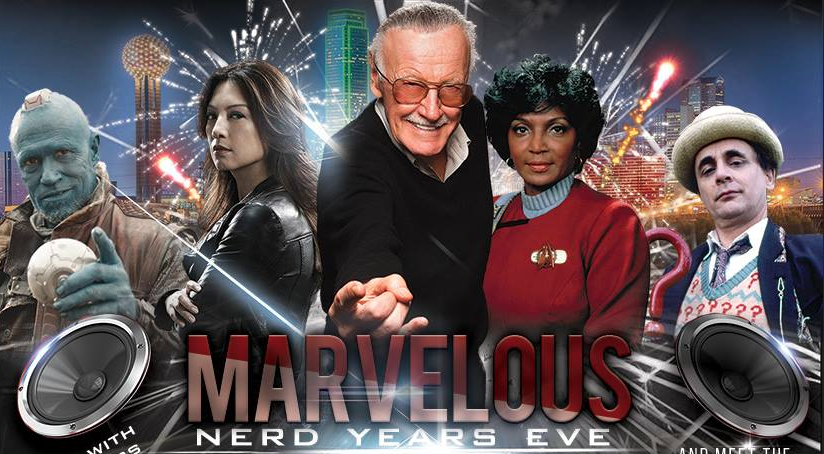 Over this last weekend Geek Expos’s “Marvelous New Years Eve (With Special Guest Stan Lee)” was held in Dallas, TX… and from all reports it was apparently an abject failure.

Based on their promises, I had expected $2500 and travel expenses as the bare minimum, and I budgeted for that.

The guests weren’t the only ones not getting paid though, as the hotel had problems getting the event to pay their bills. A volunteer for the event wrote in the Rate that Comic Con Facebook Group:

One last casualty with fifteen minutes left in 2016, the hotel demanded huge sums of money or they would reset everyone’s key or default the rooms to the card left for incidentals.

The problems all seem to stem from organizers vastly overestimating the attendance the show would pull in. That same Facebook thread in Rate that Comic Con alleges that the show needed to bring in 8,000 people to succeed, but only had about half of that show up. In fact, the show was such a financial failure that it pretty much has spelled the end for “Geek Expos.”

According to Comics Beat, organizers losses totaled over six figures, and that Geek Expos is permanently closing up shop because of it. Their future events in Dallas and Tulsa have both been cancelled, and according to people who worked the con, all Geek Expos employees have been laid off.

The show over invited too many guests and overestimated how many people would show up. They expected money to roll in to cover their costs, and it never came. This isn’t the first time a con has failed due to this kind of hubris, as it’s not even the only one in recent memory.

Honestly, as we said a month ago, this is one more sign that the convention bubble is bursting. The market has gotten incredibly saturated, and the first cons to fall will be the for profit mega-cons. These events cost much more to put on than the smaller, communal cons, and have a much smaller margin. The real question is how much more of the con scene they’ll take with them when they go.