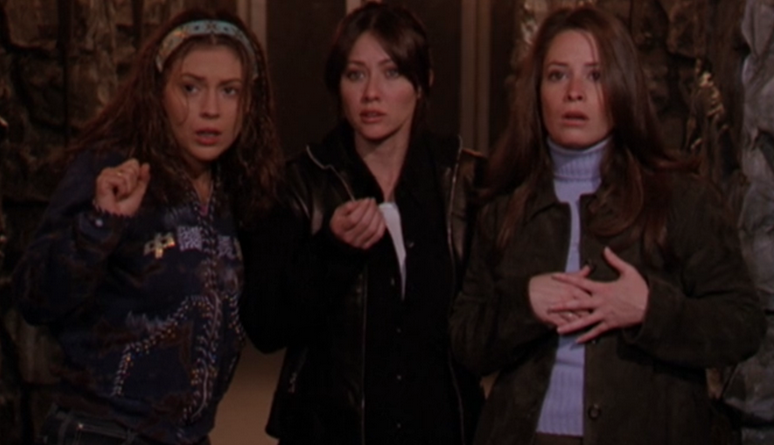 The WB’s Charmed (which ran from 1998 until 2006) was never really a good show. I mean, it was pretty much an attempt to capitalize on the popularity of Buffy the Vampire Slayer without really understanding why it was popular. Combined with a pile of late 90s faux-Wicca (which, as a Wiccan, always drove me nuts) inspired by The Craft, it featured inconsistent character arcs, powers, and pretty much a total disregard for its own internal mechanics depending on what the plot needed.

And there was some genuinely offensive stuff in there too.

I tried to give the show a second chance about a year ago, and went through the entire series from beginning to end. After watching every single episode, I can honestly say it does not remotely hold up well. The best part of the show was the opening theme cover of “How Soon is Now” — and that’s gone on the streaming version because Warner Bros. didn’t secure the rights. What I’m saying is that it wasn’t a good show.

But hey, there’s an episode that features Dishwalla… so that’s a thing.

Anyway, not to bury the lede, but the reason I bring all of this up is that, according to Entertainment Weekly, The CW is currently developing a reboot of Charmed. Well, it might be better to call it a prequel, as the network wants to set the reboot in 1976. I can only assume it’s to capitalize on the popularity of Netflix’s early-1980s set Stranger Things.

The show will be penned by Jane the Virgin‘s Jessica O’Toole, Amy Rardin and Jennie Snyder, but it’s still Charmed. It’s hard to imagine how it could turn out well. Since the show will be set in the ’70s, we shouldn’t expect any of the stars of the original to appear… though considering how much time travel featured in the original, maybe that’s being optimistic.

So yeah, expect it to be terrible.