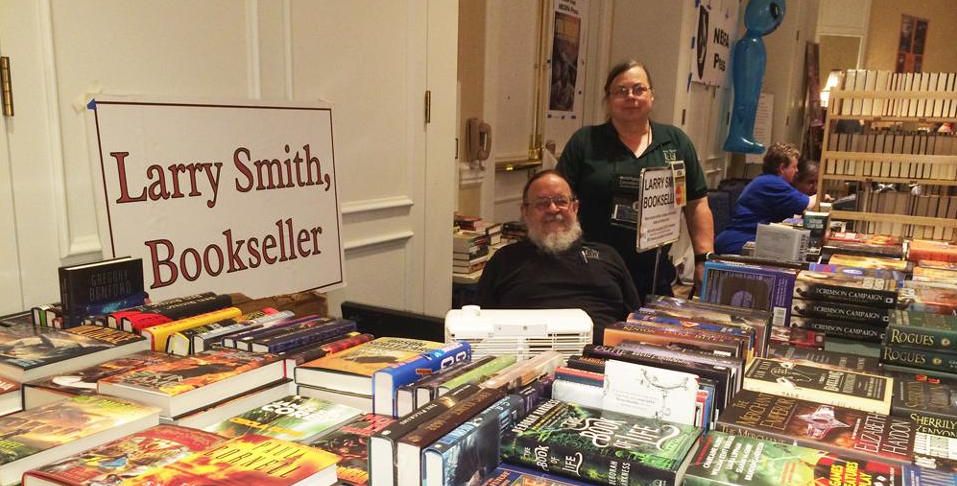 Prolific convention regular and bookseller Larry Smith reportedly died earlier today. Collapsing this morning, he was rushed to the hospital where Smith passed. Though we have yet to confirm it, the cause of death is believed to have been a dissected aortic aneurysm.

Smith, based in Ohio, vended at conventions all over the country, doing dozens of shows a year. His wife and partner Sally Kobee was setting up at Chattacon in Tennessee when when Smith passed, and is currently traveling back home.

Smith was a well known figure in the convention scene, and I know many people will be sad to see him go.

One thought on “Prolific Convention Bookseller Larry Smith Has Passed Away”