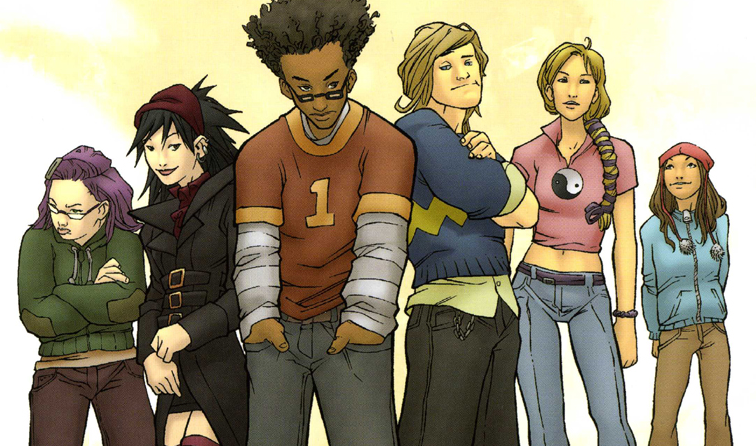 Marvel has now announced the cast of their forthcoming Hulu series Runaways. Based off the comic by Brian K. Vaughan and Adrian Alphona, Runaways is about six children of supervillains who, get this, run away.

The cast includes Rhenzy Feliz (Teen Wolf) as Alex Wilder, Lyrica Okano (The Affair) as Nico Minoru, Virginia Gardner (Goat) as Karolina Dean, Ariela Barer (One Day at a Time) as Gert Yorkes, Gregg Sulkin (Faking It) as Chase Stein, and Allegra Acosta (100 Things to do Before High School) as Molly Hernandez. As these are all younger characters none of these actors have huge resumes, but the diverse cast looks promising.

Runaways was originally intended to get a film way back at the beginning of the MCU’s Phase 2, but it was cancelled so the company could focus on the Avengers core of the franchise. This Hulu series was first announced last August though, and marks the first collaboration between Marvel and the Hulu streaming service.