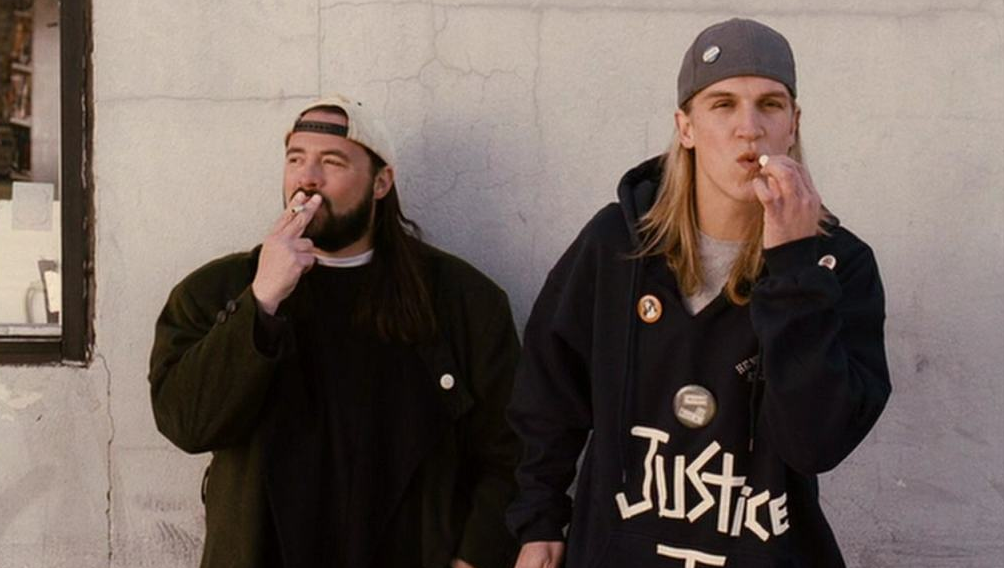 Kevin Smith is determined to return to the “Askewniverse” that launched his career. And while his plans for Clerks 3 and Mallrats 2/Mallrats the Series fell through (the former due to a cast member not wanting to come back and the latter due to a lack of studio interest), he’s not giving up. His latest attempt to bring back the franchise is also the most likely to succeed though – a new Jay and Silent Bob film.

Smith posted an image of a script cover page with the words “Jay and Silent Bob Reboot” on the cover to Facebook yesterday, along with a very long chunk of text. The important takeaway is this bit though:

And so all last month, I had the time of my life laughing while writing “Jay and Silent Bob Reboot” – a fun flick in which the Jersey boys have to go back to Hollywood to stop a brand new reboot of the old “Bluntman & Chronic Movie” they hated so much. It’s a tongue-in-cheek, silly-ass satire that pokes fun at the movie business’s recent re-do obsession, featuring an all-star cast of cameos and familiar faces! And I already met with the good folks at Miramax and they’re into it, so I’m hoping we’ll be shooting in the summer! Never give up, kids.

This still might not happen, but the odds are looking pretty good that we’ll get another installment in the vein of Jay and Silent Bob Strike Back. While it isn’t my favorite kind of Smith film, it could still be a fairly solid romp for long time fans.