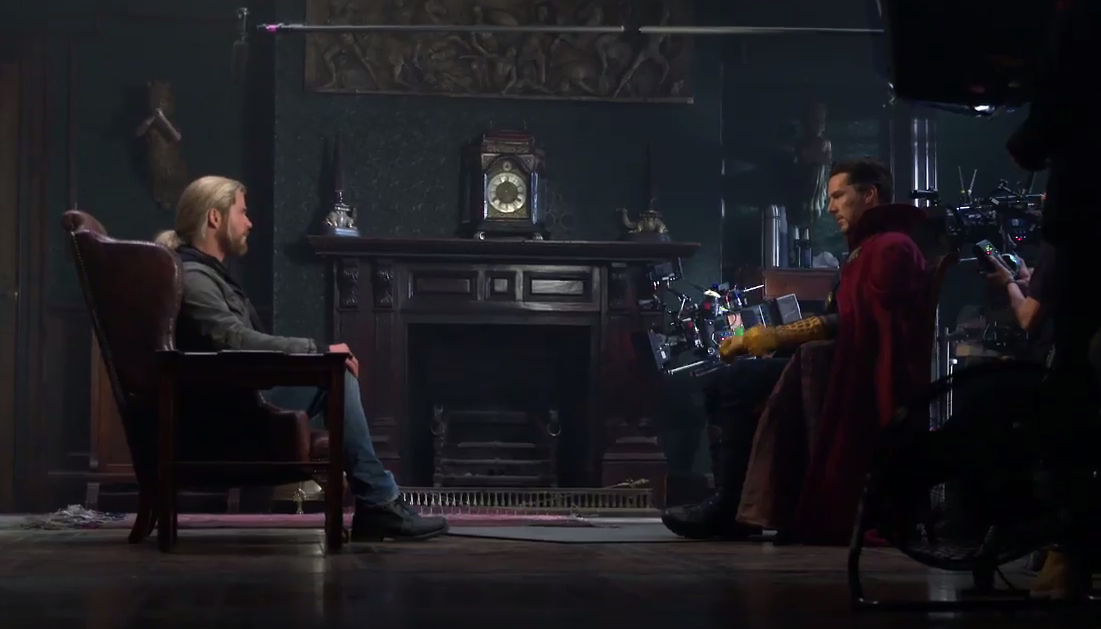 The films in Marvel’s Cinematic Universe are pretty well known for their post-credits tags. While there are exceptions, they appear in almost every film set in the MCU, usually to tease what’s coming next in the massive shared universe. Last year’s Doctor Strange was no exception, including a small scene with the titular Sorcerer Supreme and Thor.

And what we’ve now learned, thanks to a behind the scenes featurette, is that these scenes often have their dialogue largely improvised.

I can say I’m always amused when people are surprised by Benedict Cumberbatch’s comic abilities, because clearly they’re unfamiliar with Cabin Pressure or Fortysomething. Likewise, Hemsworth’s Thor has had some of the best comedic moments in the MCU films thus far.