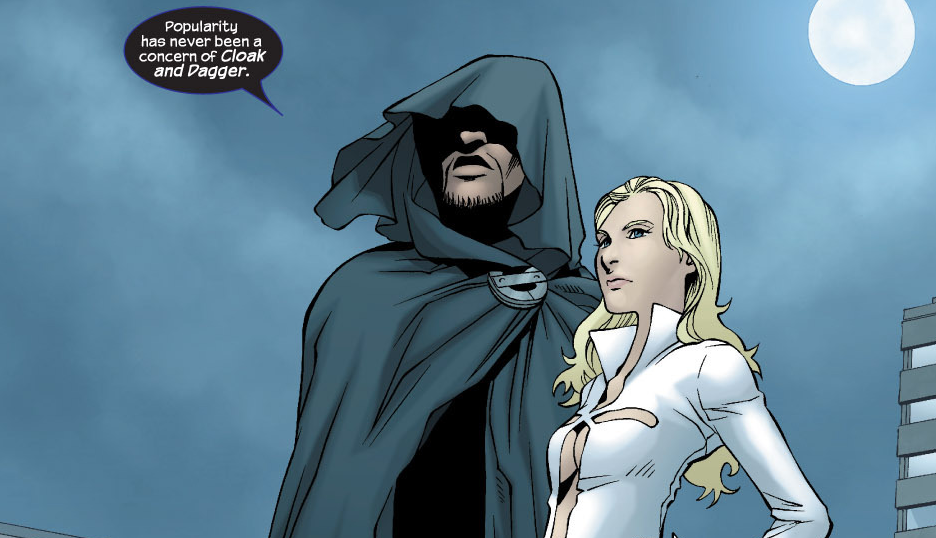 Family friendly network Freeform ordered a TV adaptation of Marvel’s Cloak and Dagger last year. The series titular characters are a pair of runaways from vastly different backgrounds who end up with superpowers. Okay, it’s a bit more complicated than that, but that’s the one sentence summary version.

We now know who the cast is going to be for the series too, which is expected to go into production soon. To start with, Marvel actually announced that Olivia Holt and Aubrey Joseph would be filling the main roles of Tandy and Tyrone two weeks ago. Yesterday, Marvel filled out the rest of the cast as well.

To start with Andrea Roth will play Tandy’s mother Melissa Bowen, with Gloria Reuben and Miles Mussenden playing Tyrone’s parents Adina and Michael Johnson. Carl Lundstedt will play Liam, Tandy’s “partner in crime” and boyfriend. The rest of the cast fills out with James Saito as Dr. Bernard Sanjo and J.D. Evermore as Detective Connors. It’s a solid looking cast, and a promising start for the series.

Cloak and Dagger is expected to premiere on Freeform in 2018.