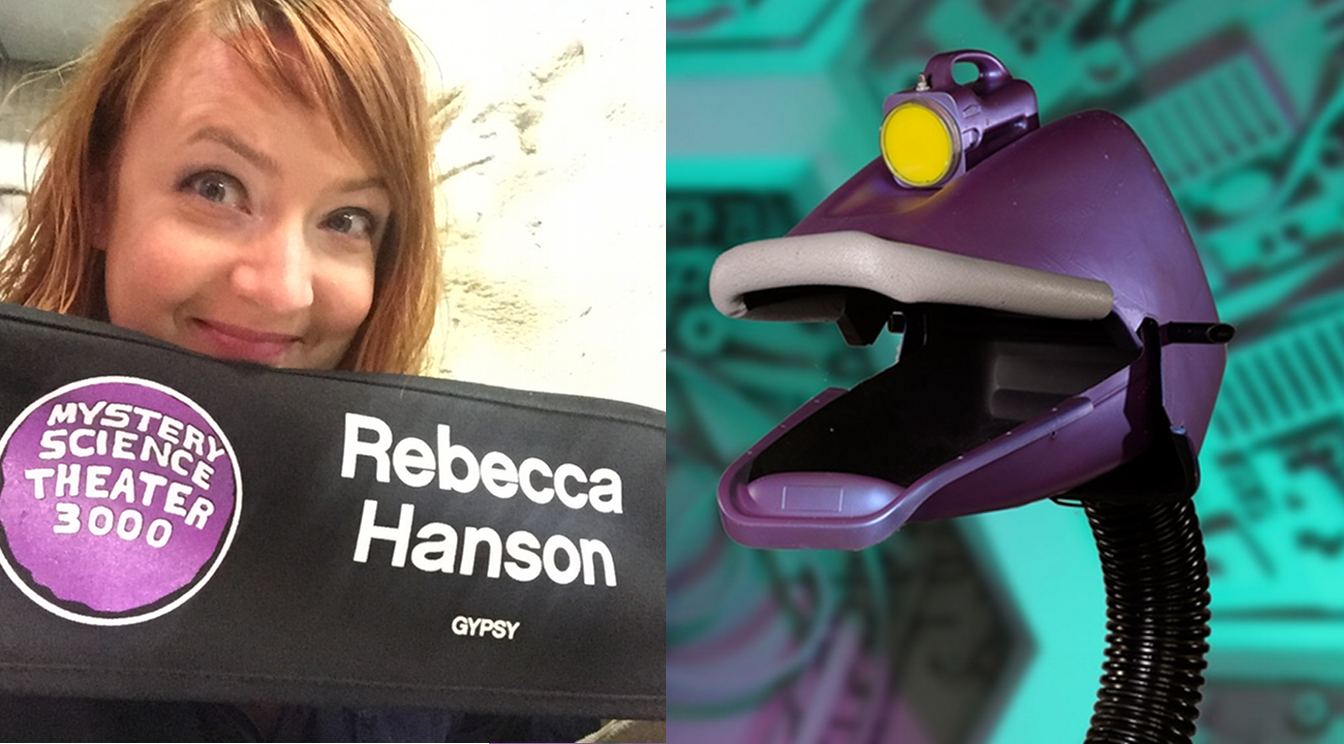 The relaunch season of Mystery Science Theater 3000 may already be entirely in the can and delivered to Netflix, but apparently there’s always still new information to be had. In a message to Kickstarter backers this morning, series creator Joel Hodgson sent out an update revealing a cast member who had otherwise been kept secret thus far — the new performer and voice of Gypsy.

Comedienne Rebecca Hanson has apparently taken over the part, and this is actually the first time Gypsy will actually be voiced by a woman in the show’s history. In the update, Hodgson wrote:

I met Rebecca about four years ago in Chicago, and simply put, I just really liked her. She was so funny, and talented, and a “good hang” too! Adding to all that, on a professional level Rebecca has been performing improv, sketch comedy, and singing and writing in Chicago for over a decade. She has toured all over the US and is a proud alum of The Second City National Touring Company and ComedySportz Chicago too.

And honestly, I think in the back of my mind, I was hoping to give Gypsy a hint of a Midwestern voice. Rebecca can do lots of voices and dialects, but deep underneath all that, she’s an Iowan!

Hanson will also appear in the series as a minion of Felicia Day’s Kinga Forrester, though that character’s name has not been released yet. Besides Day, Hanson joins a cast that also includes Jonah Ray, Baran Vaughn, Hampton Yount, and Patton Oswalt, and I honestly can’t wait to see these new episodes.

The entirety of the new season of Mystery Science Theater 3000 comes to Netflix on April 14th.