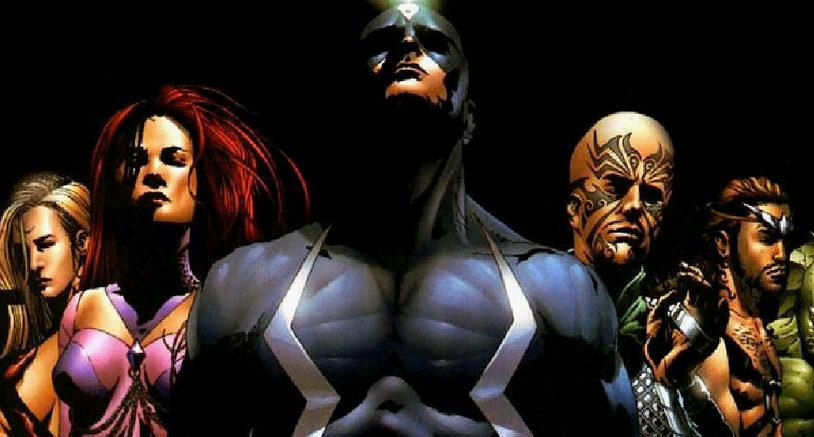 It was announced that Marvel’s Inhumans was headed to the the small screen last fall, though its pilot will still get a limited theatrical run in the late summer. Since then, we’ve known that the show was in production in Hawaii, but we had no idea who was going to be playing the lead roles.

Last week we learned that Iwan Rheon, best known for Game of Thrones, would play Maximus, the brother of Inhuman King Black Bolt. This week though, we’ve managed to learn who is playing the royal couple themselves.

First off, the role of Black Bolt will be filled by Anson Mount. Mount is best known to audiences for starring in Hell on Wheels, and is an amazing actor. Considering how laconic his character Cullen Bohannon, it’s clear why he was cast as a character who never speaks.

Secondly, it’s also been announced that Serinda Swan will play Queen Medusa, wife of Black Bolt and Queen of the Inhumans. Swan is probably best known for USA’s Graceland, though she also starred in one of my favorite (underrated) series Breakout Kings. Swan is no stranger to superhero television, of course, having played DC Comic’s Zatanna on a handful of episodes of Smallville.

Honestly, right now the cast is shaping up really, really nicely. All three of these actors are pretty damned solid performers, and I don’t think we could have asked for better casting in these roles (at least out of the actors willing to do television).

Inhumans will air this fall on ABC.