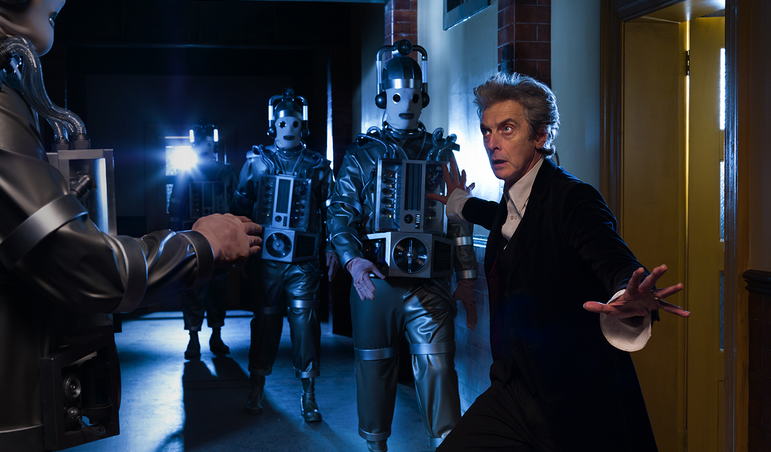 In the classic Doctor Who, the villainous Cybermen came from the planet Mondas, the “twin planet of Earth.” When the series came back over a decade ago though, the Cybermen who first showed up instead came from an alternate universe and were created by the Cybus Industries. Now, while those Cybus Cybermen showed up a few times, eventually the original Mondas Cybermen resurfaced — but due to budget limitations of the show, variants of the Cybus Cybermen costumes were used.

Well, fans of the classic Cybermen look can rejoice, because we’re getting the original Cybermen back – and thanks to a tweet from the official Doctor Who twitter, we do mean original.

Guess who's back!
It's the original Mondasian Cybermen, returning for eps 11 & 12 of the new series!https://t.co/F6G9YQrVCb#DoctorWho pic.twitter.com/fOchIo4KaY

That’s right, the twelfth Doctor is going to take on Cybermen who look an awful lot like the ones the first Doctor faced in 1966’s The Tenth Planet. As the episodes will apparently be the 11th and 12th aired, it seems like that’s how we’ll be ending Capadli’s final series (as he will regenerate into 13 at the end of the Christmas special). Seems like a fun way to go out.