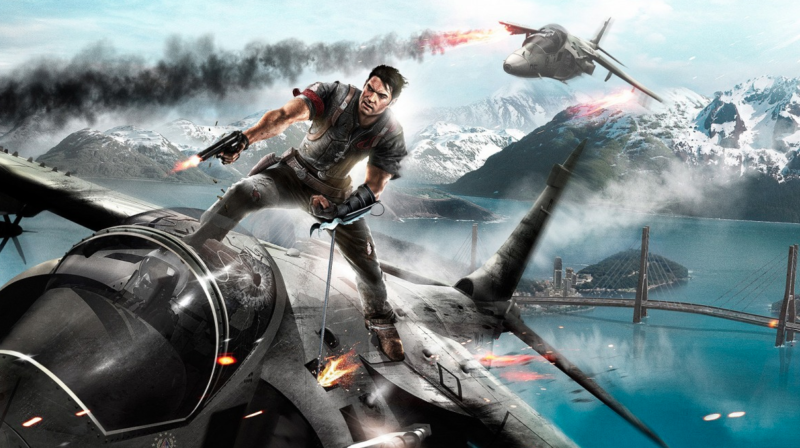 Actor Jason Momoa has been reportedly tapped to star in the film adaptation of the video game Just Cause. Based off the Avalance Studios developed and Square-Enix (formerly Eidos) published game series of the same name, Momoa will play Rico Rodriguez, who works for an organization simply called “The Agency.” No other plot details are being released about the film right now, though fans of the game series can probably guess its direction.

Momoa is, of course, currently filling the role of Aquaman in the DCEU, appearing in the both the forthcoming Justice League and Aquaman solo films. He’s also, frankly, an alum of more franchises than it’s easy to count, including Game of Thrones, Stargate: Atlantis, and Baywatch. I mean, he was even Conan in that Conan movie no one went to see.

Adapted by writer John Collee, Just Cause will be directed by Brad Peyton. This won’t be the first time Peyton has worked with Momoa, as Momoa starred in Peyton’s Netflix series Frontier. Peyton is expected to begin work on the film after he completes work on the Rampage film adaptation.

Honestly, Just Cause actually has a chance at finally giving us a decent film based off of a video game. The game has the right kind of story to be compressed into an action movie, and seems like it should be easy enough to pull off.

I mean, it doesn’t mean they will pull it off, but it’s got a better shot than that Tetris movie.