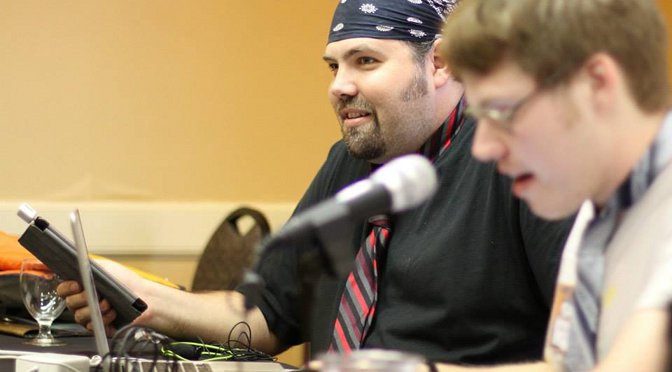 We’re not doing as many cons this Spring as we have sometimes in the past, but that doesn’t mean we won’t be out in the world! The three of us are going to be hitting up a couple of cons in the upcoming weeks, and we want to make sure you know where we’ll be.

First off, all three of us will be at two different cons in April:

It’s unknown if we’re doing a live show at either event, though there will be (at the very least) “secret podcasts” recorded at both events. Also, you will find Gen and I (Trae) in the Artist Alley at both events, and Nick helping his wife’s table at Karoshi.

We hope to see you out there!