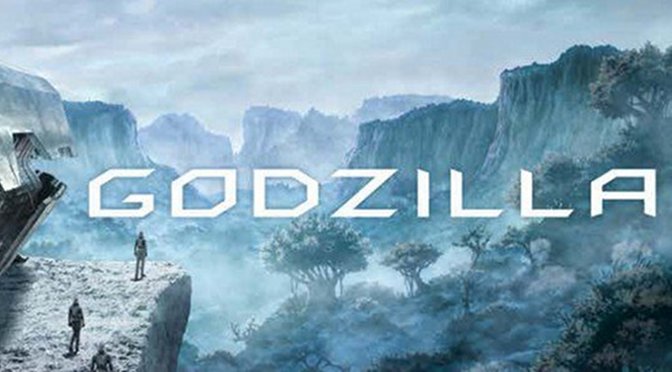 A couple of weeks ago it was announced that Netflix would be the world wide distributor for a new Godzilla Anime film. Initially details were pretty scarce, but since then new information has trickled out about the film. To help you sort through it, we’ve collected as much as we can and put it all here in one place.

To start with, as we previously reported, Polygon Pictures making the film for Toho. The movie will get a limited Japanese theatrical run, and will be distributed by Netflix globally. Gen Urobuchi is writing the script, with Hiroyuki Seshita and Kôbun Shizuno co-directing the film.

As for new information, for starters there’s now an official synopsis of the film (now titled Godzilla: Monster Planet). /Film has an English translation of it:

The last summer of the 20th century. On that day, the human race realized that they were not the only ruler of the planet earth.

The emergence of gigantic monsters “kaiju” and the ultimate existence that even can destroy the kaijus, Godzilla. After half-century of the war against the kaijus, the human race repeatedly defeated and decided to escape from the earth. Then finally in the year 2048, only people who were chosen by the artificial intelligence under the control of the central government went on board the interstellar immigrant ship Aratrum and left for the “Cetus: Planet Tau e” which was 11.9 light years away from the earth. But the environmental condition difference between the earth and Tau e, which took 20 years to reach, was far exceeded the predicted value, and there was no way to survive for the human race.

A young man named Haruo is on board of the immigrant ship. His parents were killed by Godzilla right front of him when he was 4, since then, he has been thinking about only going back to the earth and killing Godzilla for 20 years. Since there is no hope for immigration to other planets, the “Return to the Earth” group including Haruo becomes the mainstream in the ship as its living condition is getting worse, then they decide to try the long distance hyperspace navigation.

However, 20,000 years have already passed when they finally arrive the earth, and it becomes a totally unknown world dominated by an ecosystem topped by Godzilla. Can the human race take the earth back, and the fate of Haruo will be?

We also have some concept art and some posters for the film. Frankly? These images look pretty damned neat.

The movie will come out in Japan this November, with it eventually hitting Netflix soon after. It’s an exciting time to be a Godzilla fan, and with a story so different from either of the two competing live action franchises, this is a welcome addition.

I’m excited, are you?