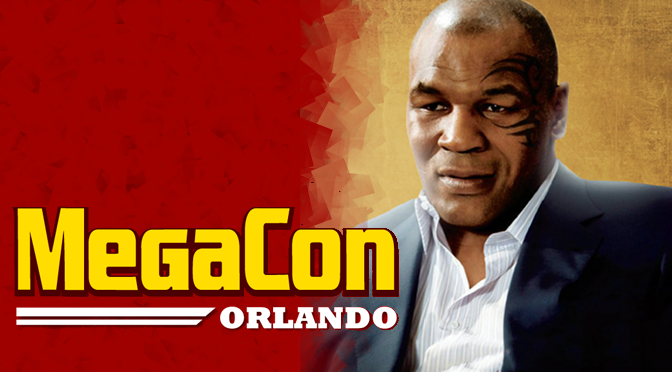 Yesterday MegaCon Orlando added a new person to their guest list, retired boxer Mike Tyson. Besides his boxing fame, Tyson has appeared in things like The Hangover, The Hangover 2, and the television series Mike Tyson Mysteries.

For those of you who may not have been alive when it happened, in 1991 Mike Tyson was arrested for the rape of then-18 year old Desiree Washington. He was convicted in 1992 for the crime, and served less than three years of an already disgustingly short six year sentence.

It’s an awful thing, and this man did it.

While the conviction made headlines, our media culture for a handful of gross reasons treated it pretty flippantly. The Simpsons made jokes about it. When Tyson was released, he went back to boxing and mostly everyone tried to sweep it under the rug. As he’s appeared in films and made more and more public media appearances over the years, it’s kind of driven me nuts — so much so that I wrote something about this back in 2010.

But here we are, in 2017, and the man is being brought into a convention as a guest. While other cons are posting “Cosplay is not Consent” signs, trying to make reporting harassment easier, and weed out “missing stairs” and dangerous folks from our ranks, MegaCon has decided to feature a convicted rapist on their masthead.

And it just… it just makes me feel weirded out.