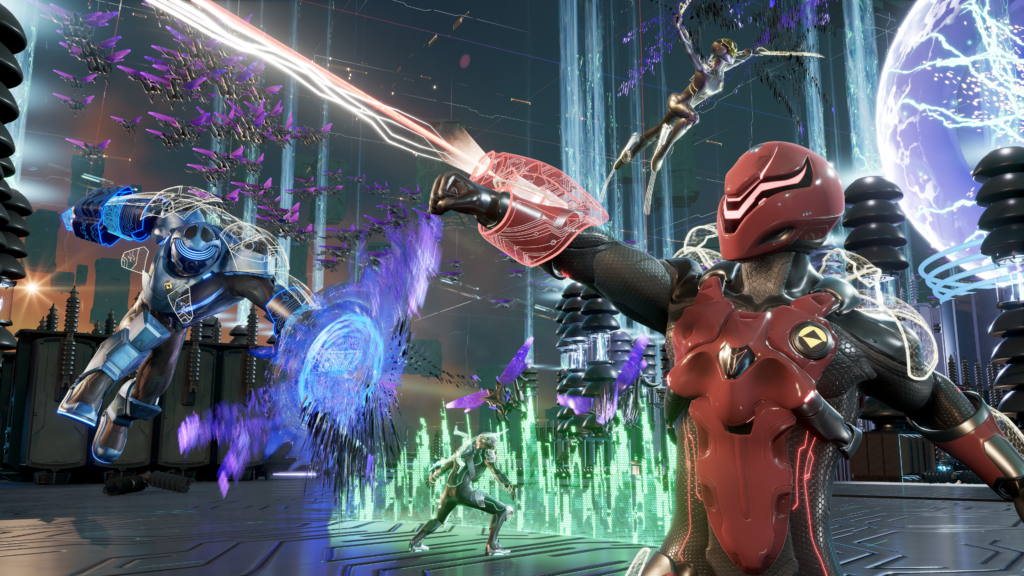 It’s been a couple of years since we first heard about the reboot of the classic 90s CGI-kid’s show ReBoot. For those of you too young to remember (or have been born), ReBoot took place within the computer networks, and followed the adventures of Bob (and later Matrix), who acted as Guardians — protecting the network from computer viruses and other bad stuff.

Think Tron, but with a 50s diner aesthetic.

Anywho, it ran for four seasons total on and off between 1994 and 2001, and is kind of a cult favorite for some of us. Most of us have been pretty skeptical about the show’s revival though, since it really was a product of its time. And as the show’s 2018 premiere slowly grows closer, the show is soundling less and less like ReBoot to start with.

Unlike the original series, ReBoot: The Guardian Code will apparently be a blend of live action and CGI, with its main characters being… well… humans. That doesn’t sound very ReBoot-y to me. According to the latest press release:

After playing the multiplayer Cyber Guardians video game together, four teenagers are recruited by V.E.R.A (Hannah Vandenbygaart, Bruno & Boots: Go Jump in the Pool!), the Virtual Evolutionary Recombinant Avatar, to fulfill their mandate to mend and defend cyberspace. Austin (Ty Wood, The Haunting in Connecticut), Tamra (Sydney Scotia, Some Assembly Required), Parker (Ajay Parikh-Friese, Mr. Young), and Trey (Gabriel Darku, Shadowhunters: The Mortal Instruments) now must protect cyberspace from threats that pose true consequences to both the virtual and real world. It’s more than these kids expected when they started at Alan Turing High. Way more.

YTV, the network in Canada where the show will air, has also tweeted out a photo of the live action cast:

ReBoot is back! Take a first look at our live-action re-imagining of the classic show. #RebootReboot #BestNewsEver pic.twitter.com/4ZOdwPAs96

Honestly, this just doesn’t seem like ReBoot when you get down to it. I mean, it sounds like it’ll be a perfectly good kid’s show — but slapping the ReBoot name on the series appears to be an attempt to use a little bit of parental nostalgia as a marketing tool moreso than an attempt to continue the franchise.

And that just kind of makes me sad.