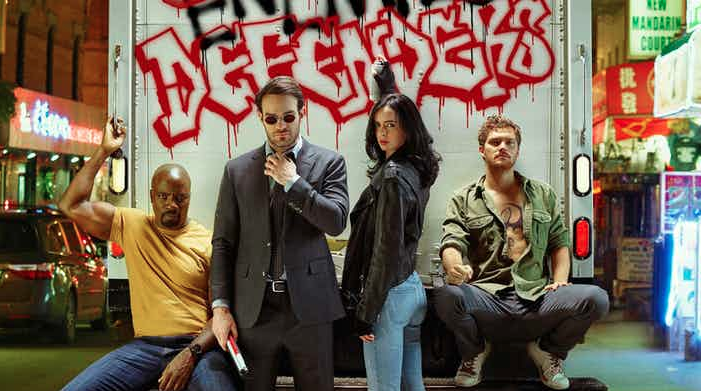 The next series in Netflix’s ongoing set of Marvel shows is The Defenders, which will finally see Daredevil, Jessica Jones, Luke Cage and the Iron Fist join forces against a common enemy. It’s probably the most highly anticipated show of the bunch, and what we’ve been building up to over the last couple of years. While we knew the series was coming later this year, the streaming service had yet to give us a release date.

The video, embedded above, is just a short clip of our four leads getting onto an elevator. If you look at the time code though, it ends at 08:18:20:17. I don’t think it’s a stretch to read that as 8/18/2017, and it’s probably safe to assume that’s the show’s premiere date. Also in the video you can spot the IP address http://23.253.120.81/. Clicking that link brings you to a viral website for the fictional New York Bulletin, which was prominently featured in Daredevil.

Frankly, I’m excited. Are you excited?