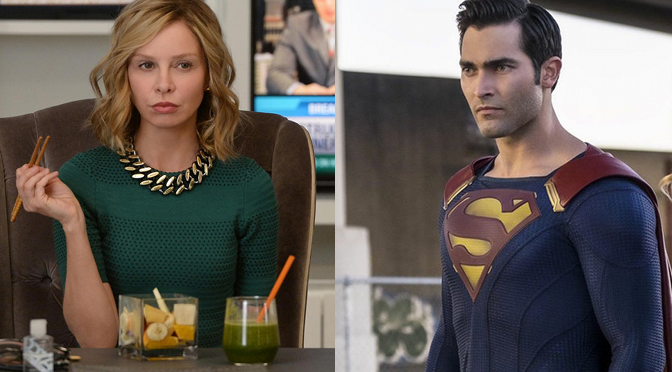 To say that The CW’s Supergirl is one of our favorite shows around these parts is kind of an understatement. The show has given us some of the best onscreen versions of some characters, and not just our headlining heroine. One of those is Calista Flockhart’s version of Cat Grant, who left the series as a regular after its move to The CW from CBS (pretty much because budget cuts meant they couldn’t afford to pay her), and another is Tyler Hoechlin’s Superman — who guest starred earlier this season.

Well guess what, they’re both coming back for the finale.

Its been confirmed that Tyler Hoechlin will suit up again as Superman in the show’s two part second season finale. It’s also being reported that Calista Flockhart will return as Cat Grant as well. This is exciting, as we’re always happy to see more of Hoechlin’s Superman, and Cat Grant has been sorely missed on the show lately.

The first part of the Supergirl season two finale will air May 15th, with part two following on May 22nd.