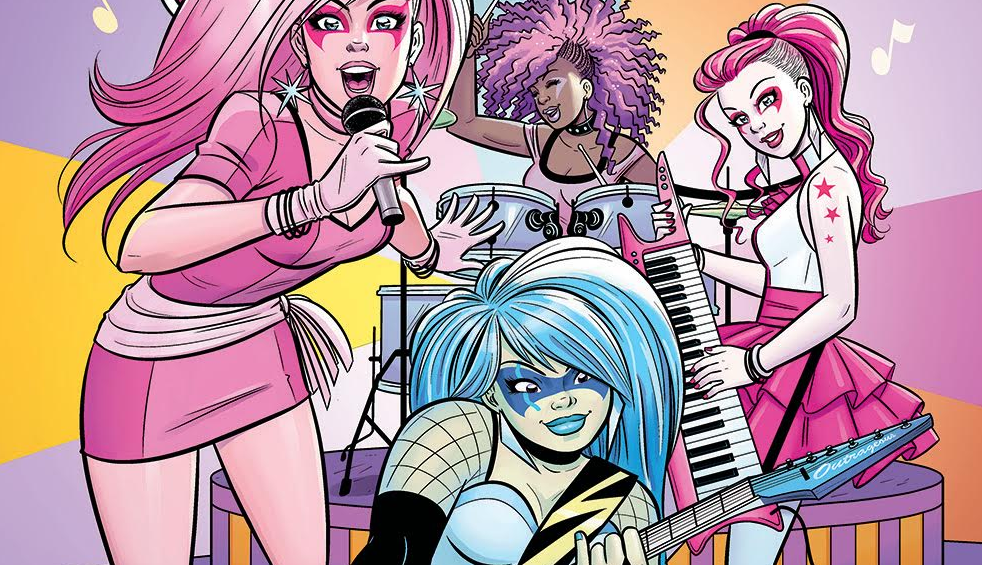 Canadian comic artist Gisele Lagace (best known for her work on Jem and the Holograms) was originally scheduled to appear at C2E2 in Chicago this last weekend, but sadly that didn’t happen. When she arrived at the US/Canadian border last week, Lagace was refused entry into the country.

No #c2e2 for me. Got refused entry to the US. Read about my experience here https://t.co/nrFZqHKCTx

In a post on Facebook, Lagace detailed her experience. When she arrived at the border, agents wouldn’t believe that she wasn’t there to work. She did admit that she had some commissions with her she was still in progress on (valuing about $700), but wasn’t planning on completing any transactions in the US. This was apparently enough to keep her out of the states, and the experience that followed sounds incredibly humiliating:

My car was searched and is a mess. And to top it off, I was body searched and finger printed too (they do that when you get refused entry apparently.) It was an awful experience.

Things then went worse when they searched me throughout and found 2 white pills in my wallet. There was no identification on them and I wasn’t sure what they were. Once I calmed down after being touched all over, I remembered they were generic acetaminophen from the dollar store that I carry around in case Marc gets a headache as it sometimes happen. I forgot they were even in there.

Anyway, I wasn’t turned around for the 2 acetaminophen, as they found those after I was refused entry for the comics in my car and the unfinished sketches but they kept us longer there until they were convinced they weren’t narcotics. I never took drugs in my life!

Lagace also has now stated that until she can be guaranteed that this sort of thing won’t happen again, she won’t be attending any conventions in the United States.

Honestly, this sounds exactly like the sort of thing that Australian-based comic writer Tom Taylor was afraid of when he detailed why he won’t do American cons anymore. The fact that this is our current reality is infuriating.