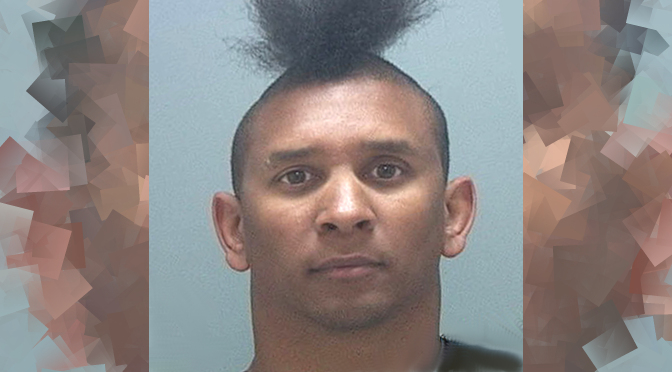 So here’s another one for your “potential creep files.” A thirty-five year old Maryland man was arrested in Salt Lake City, UT for allegedly trying to lure teenage girls into having sex with him at comic conventions.

Police believe that Derrick La Marr Jones tried to get an underaged girl to travel from Ashburn, VA to meet him in the Baltimore area, and offered to pay for the travel. The girl’s parents found out and alerted authorities. He’s being charged with two counts of “illegal use of a communication system to solicit with lascivious intent a minor between the ages of 15 and 18.”

Jones apparently pretends that he’s in his teens or twenties when he talks with girls online, and uses the aliases ‘Kanovski Zan’ and ‘Lee Vulgen.’ Since March, Jones has been at events in Orlando, Albuquerque, Flagstaff, Phoenix, Los Angeles, Sacramento and Salt Lake City.

Authorities want anyone who has any information or may know of any potential victims to reach out to police. They can reach Detective J. Suess of the Loudoun County Sheriff’s Office at 703-777-0475.