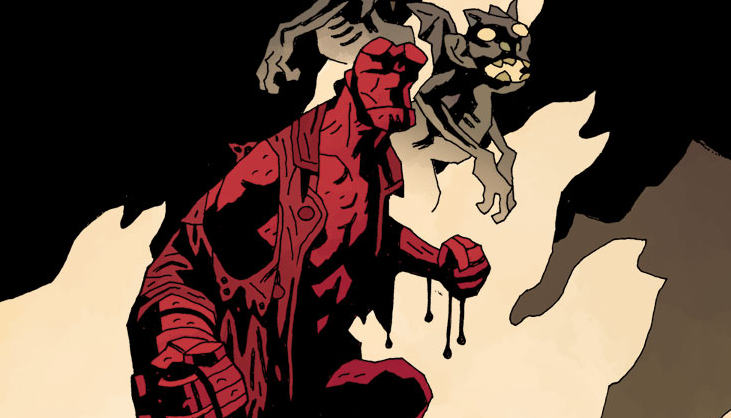 Guillermo del Toro made two pretty awesome Hellboy films starring Ron Perlman, and fans have been clamoring for a third. There have been constant teases over the years for another movie (and Perlman has always said he’d be game), but it looks like any hopes for that version of the franchise to continue have been dashed. You see, there is going to be a third Hellboy movie, but del Toro and Perlman won’t be involved at all.

The series is being rebooted without them.

Hellboy‘s creator Mike Mignola posted to Facebook that a new film in the the works starring Stranger Things‘s David Harbour as the titular hero with Neil Marshall directing.

THR is reporting that Millennium is in negotiations with Larry Gordon and Lloyd Levin to produce alongside Dark Horse Comic’s Mike Richardson. The film already has a script too, penned by Andrew Cosby, Christopher Golden, and Mignola.

I can’t help but say I’m a little disappointed by this. Perlman’s performance as Hellboy was excellent, and I really enjoyed the series. That said, it is pretty nice to know we have a chance at seeing the big guy up on the screen again in any form.