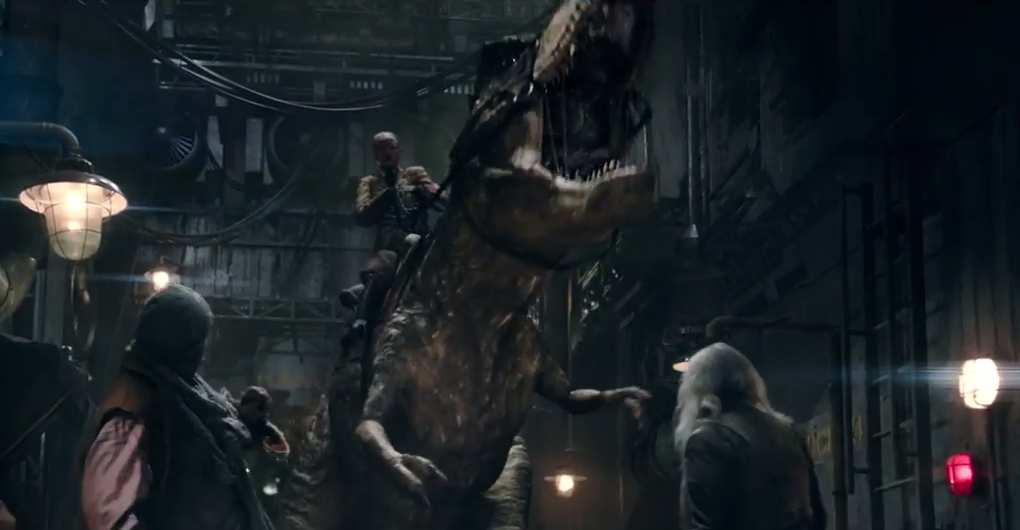 The first Iron Sky was a weird, irony filled comedy with Nazis living on the moon, so of course its sequel is going to be weird as heck. A new official teaser for Iron Sky: The Coming Race came out today, and it has Hitler on a Dinosaur… so yeah, it’s still going to be weird.

You don’t get a lot from the trailer covering what the film is actually about, but thankfully there is a brief synopsis on the official Iron Sky website:

Twenty years after the events of Iron Sky, the former Nazi Moonbase has become the last refuge of mankind. Earth was devastated by a nuclear war, but buried deep under the wasteland lies a power that could save humanity – or destroy it once and for all.

Iron Sky The Coming Race leads our heroes on an adventure into the Hollow Earth, where they must fight the Vril, an ancient shapeshifting reptilian race and their army of dinosaurs.

So… yeah. This ought to be good and strange.

Iron Sky: The Coming Race is due out this February.

2 thoughts on “The Teaser Trailer For ‘Iron Sky: The Coming Race’ Has Hitler on a Dinosaur”