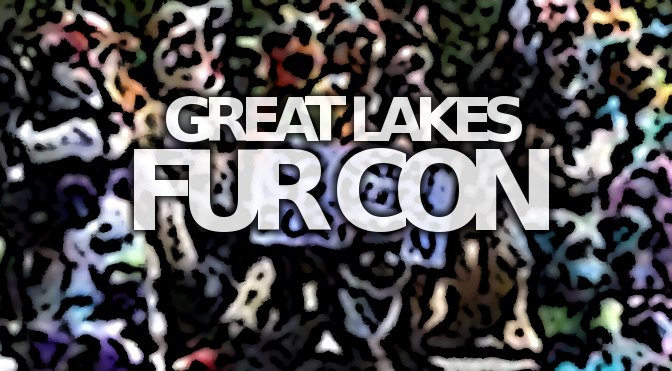 So Great Lakes Fur Con was originally scheduled to take place May 26-28 in Holland, MI, but (less than two weeks before the con) the event has now been officially canceled. Organizers made a post on both their official website and the con’s Facebook page announcing the cancellation:

Organizers cited staffing issues as the main reason the con wasn’t going to happen, but I’m not quite sure I’m buying it. For one, why did it take so long to make this decision? How would they not have known they couldn’t staff the con months ago? Why didn’t they reach out to other Michigan cons to fill in their numbers? I mean, according to the con, these were core staff people they were missing, and not just volunteers.

Digging into this, I think it’s pretty obvious that any staffing concerns they had weren’t the main reason the organizers called it quits. I think it’s because of something simpler and much more common.

I think the con is broke.

I came to this conclusion because, well… a member of their staff kind of admitted it publicly. In a Telegram chat dedicated to Michigan Furs, “Shooter/Illusion” (who we’ve confirmed is Great Lakes Fur Con’s Guest Liaison) made the following post: 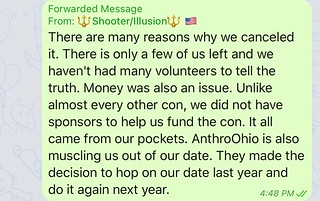 I’m not sure why he brings up sponsors (most cons operate on a self sustaining business model that doesn’t require sponsors), but he notably directly states that money was an issue. He also repeats the staffing claim, but directly contradicts the comment made by the con’s official Facebook page by saying volunteers were the problem.

“Shooter/Illusion” continued in the discussion to mention that the con didn’t have the money to pay their hotel bill. 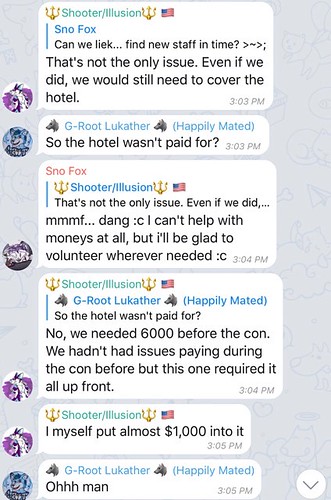 The fact is this is a con that was going into its fourth year. When a first or second year con can’t pay its bills, they get my sympathy. When a fourth year con can’t gather $6,000 to pay its hotel, I start to wonder about how the con is being run. We spoke to several former volunteers and members of Great Lakes Fur Con staff while writing this story, and the picture they painted was one of disorganization and poor money management.

No one we talked to seemed surprised about this situation.

Right now the con is “rolling over registrations” to their proposed 2018 con, and refunding only if people request it. Considering how little money the con has on hand though, I’d be concerned that the con’s not coming back at all. Better run events have fallen when the cash dries up, and regaining momentum is never easy. It may be time to stick a fork in this one.