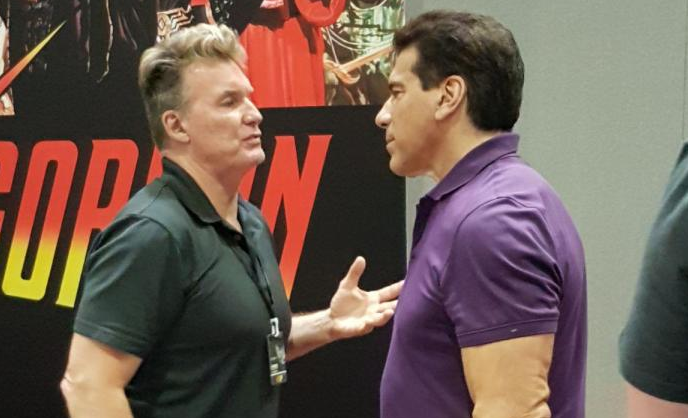 There were multiple articles published about a fan allegedly having to break up a fight between actors Sam Jones and Lou Ferrigno at this last weekend’s MCM London Comic Con. Darryn Clements told UK tabloid The Sun that he had to step in and defuse a potentially violent situation. Now, Clements never claimed that there was a physical altercation beyond some finger jabbing, but when Flash Gordon and the Incredible Hulk appear to be squaring off, people like to run with the story.

Now that everything’s done with though, both actors are denying that any of this ever happened.

Lou Ferrigno told the press that he and Jones were just talking, and that there was no real argument. Sam Jones though offered a very different version of events in a lengthy Facebook post:

You see, according to Jones, not only were he and Ferrigno not fighting with each other, but they actually defused a whole other fight between other people. I’m honestly not sure what the heck is going on here, as Jones seems to either be mentioning a story wholly unrelated to the alleged fight or going a step too far and making up a random thing to justify the initial press?

I mean, in truth people just said he and Ferrigno argued, which is subjective. Something that two guys who know each other well see as no big deal might have looked like a fight to an outsider. Frankly, we weren’t going to report on it at all, as it seemed trivial. But now Jones is bringing in a supposed argument that no one else is corroborating between other people, and painting himself as a hero.