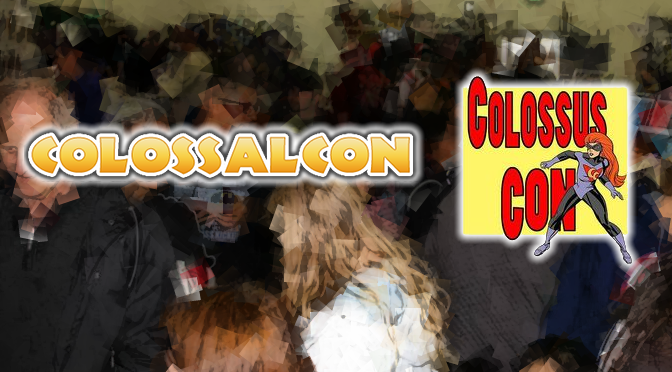 After running two events, California based Colossus Con has now been forced to rename their comic conventions. This has happened in the wake of a trademark complaint from Ohio based anime con ColossalCon. The Colossus Con events planned for Merced, CA and Campbell, CA have been renamed California Republic Comic Con and Campbell Con respectively.

As a 2018 Pleasanton, CA event hasn’t been announced yet, we don’t know what that event will be called if it happens again.

ColossalCon alleges that the Colossus Con name is confusing for consumers who might think the two events are related. I can see where they’re coming from, as even searching for Colossus Con in Google has the related search “colossus con ohio” pop up. That said, the two events aren’t in the same genre, have thousands of miles between them, and had names that are literally two different words. If ColossalCon’s branding is so weak after sixteen years that its attendees can’t remember its name, they have much larger problems.

The convention scene has gotten by for decades with events that have similar sounding names without congoers getting confused. Heck, there are literally two different events called MarsCon, yet we’ve all somehow survived. The idea that these cons would be confused for one another makes my eyes roll so hard it’s likely audible.

If these events were in the same area of the country or were based around the same genre, maybe I’d understand more; however, this really just feels like ColossalCon pushing around a smaller series of events because it can. And while the event certainly has the right to defend its trademark, I still can’t help but feel a tad bit iffy about this whole situation. Colossus Con clearly folded because it couldn’t afford to fight the case, even if they had a shot at winning it.

And frankly, it’s kind of ridiculous.