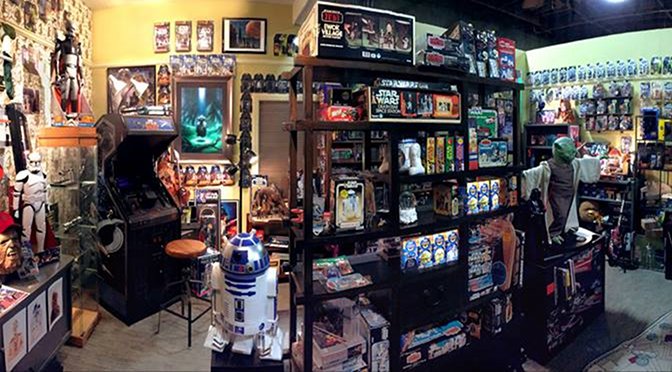 Petaluma, CA based Rancho Obi-Wan is the largest privately-owned collection of Star Wars merchandise and memorabilia. The collection is operated as a non-profit, and proceeds from its touring appearances go towards chrarity. Oh, and apparently over a hundred of its items have been stolen.

In February we at Rancho Obi-Wan found out that we had been the victim of a major theft that surreptitiously took place over many months in late 2015 through 2016.

There were more than 100 valuable items stolen, the majority of them vintage U.S. and foreign carded action figures, many of them rare and important pieces. Most have either been resold or professionally appraised for a total of more than $200,000

The theft was discovered after collector Phillip Wise reported that a rare Boba Fett figure had been stolen from his warehouse in Texas. He managed to track the theft back to Carl Edward Cunningham, another well known collector, after dealer Zach Tann notified Wise that he had recently purchased the rare figure from Cunningham. Tann told Wise that he had bought a bunch of other collectibles from Cunningham, and provided Wise a list… which they soon concluded contained items that only could have come from Rancho Obi-Wan

Carl Edward Cunningham was arrested for felony grand theft in March, and is currently out on bail. Sansweet is currently asking fans who may have purchased his stolen items get back to him.