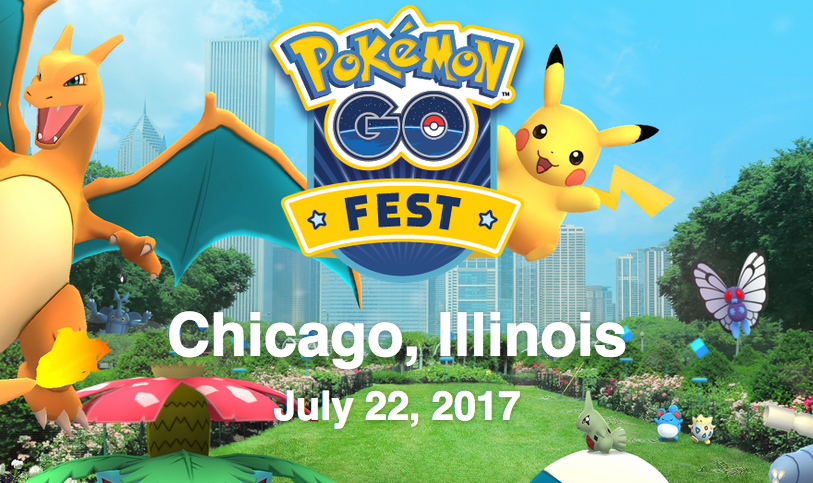 This week Niantic announced that in celebration of the first anniversary of their popular game Pokemon Go, they’re hosting an event called “Pokemon Go Fest” in Chicago’s Grant Park on July 22, 2017. Tickets will go on sale on the official website on June 19th… and we have no idea what the heck it is.

Will there be Legendaries? Vendors? Anything beyond wandering around the park like every other meetup we’ve seen? We have absolutely no idea. But it’s a thing, it’s happening, and they’re going to charge money for it.

In that same announcement, Niantic wrote that separate European events are planned, there’s a Pikachu event in Yokohama, Japan this August, and that starting June 13th a Solstice event will kick off featuring fire and ice Pokemon. Finally, the company also mentioned that the game’s gym system is being reworked, a part of the game that is long overdue for an overhaul. It’ll be interesting to see how that bit turns out.

But yeah — something is happening in Chicago this July, and we have no idea what the heck it is.