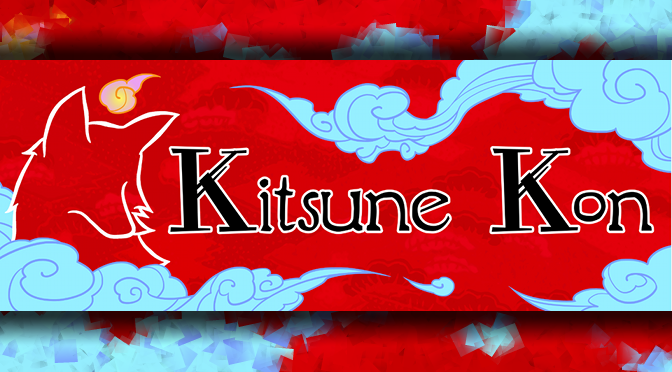 Kitsune Kon is taking place at the KI Convention Center in Green Bay, WI, but at least one person who planned on attending won’t be let in the door. The convention made an announcement earlier today stating that Youtuber ‘DesolatorMagic’ has been officially banned from the event due to safety concerns.

In a video posted on July 1st where DesolatorMagic announced he was attending the con, he stated “considering the sheer volume of threats I get on Twitter and on Youtube and Reddit and everywhere else — if you so much as look at me wrong, I’m probably going to stab you. So just FYI — you might not want to freak me out. You might want to come at me within my full vision arc and kind of slowly. That said, if you do want to fight me, just announce it first. No cheap shots, or I will shoot you.” In context it’s actually really difficult to tell how serious he is, but as DesolatorMagic repeatedly mentions he carries a gun in his other videos (and also talks about having had to pull it out), it’s clear he’s serious enough.

I mean, we’re talking about a guy who claims he had to once show his firearm during a dispute while playing Pokemon Go.

(Update 7/13: In our comments (but not in the video we learned this from), DesolatorMagic says “I pulled out a gun to stop someone following me at a high rate of speed in a dark alley and attempting to attack or rob me while playing Pokemon Go.” In a video posted earlier today on Youtube, he relates this same story and says that the person “following him” was scared off when he pulled out his gun.

While I believe that DesolatorMagic believes this story to be accurate, from what we’ve researched he appears to be a resident of Appleton, WI. As someone who has spent decades living in towns of similar size and crime rates… I find it hard to believe this person was attempting to rob DesolatorMagic. It sounds like some other guy happened to be in an alley at night, DesolatorMagic pulled a gun, and the other party got understandably scared. As he and the unknown party were the only ones present, they’re the only ones who truly know what happened that night, and this interpretation is just my personal opinion)

While this Youtuber has stated he has concealed carry, what he stated on the online video made some attendees very uncomfortable.

This situation was reviewed by our board, the hotel, and the Green Bay Police Department. The end decision was to apply the ban.

Now the official stance of the Hotel (which as a convention we have agreed with and chose to follow for safety of all in attendance) is that they do not allow any weapons of any kind (concealed carry or not).

DesolatorMagic posted a fairly angry rant in response to the ban. Contrary to what DesolatorMagic claims in that video though, Kitsune Kon does have a fairly straight forward policy against real weapons clearly posted on their website. The convention’s guidelines specifically prohibit bringing “…real firearms, live steel, or projectiles of any kind” into the con space.

In fact, this is an exceptionally common policy at fandom conventions, and should surprise absolutely no one. The fact that DesolatorMagic seems shocked by it simply shows how unfamiliar with the convention scene he is. He also makes bizarre claims showing how little he understands how conventions are run, or how an event like that manages security. Though I won’t be there this year, I’ve attended Kitsune Kon in the past and know several of their staffers. In my experience, they have handled security issues responsibly and professionally.

You know, like by taking steps to preemptively ban a guy who says he’s going to bring a gun.

Update 7/13: This story originally contained a partial quote from DesolatorMagic with a direct link to its source. As the video linked has now been deleted from Youtube, we have expanded the quote to provide better context