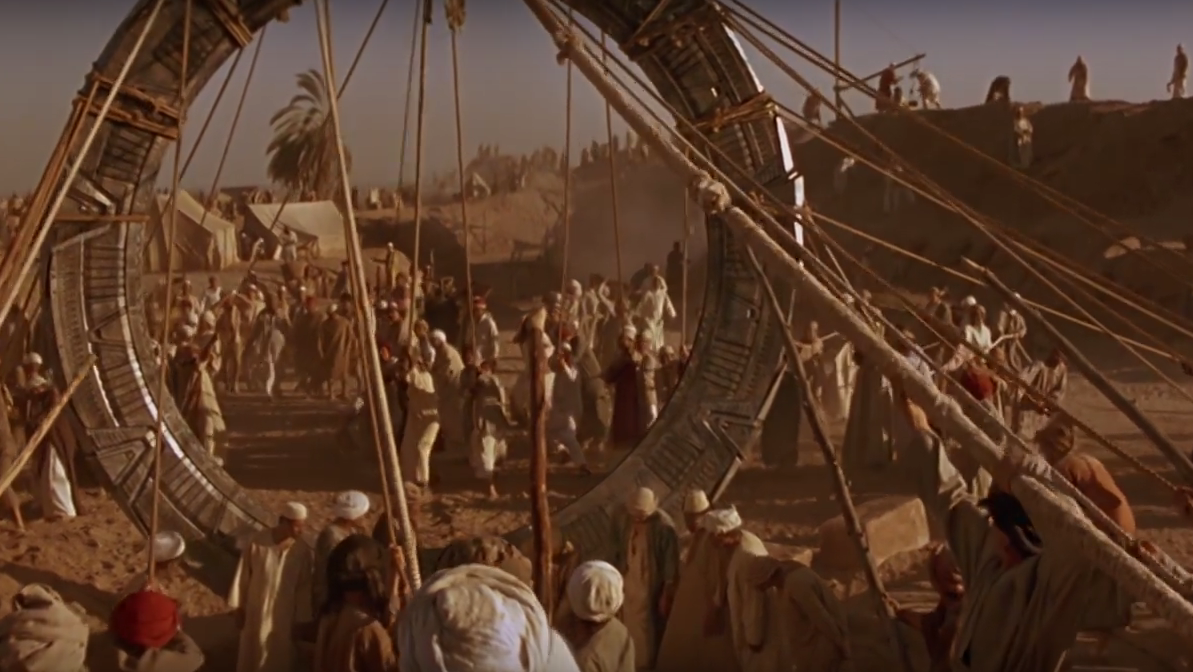 So let’s start with the good news – Stargate is back, with the announcement that a new series is going into production called Stargate: Origins. In it’s ten episode season, it will tell the story of Catherine Langford, who appeared in both the original 1994 movie and Stargate SG-1 (portrayed by various actresses at various ages). Langford was present at the gate’s initial excavation, and later lost her fiance in an experiment with the alien device. Okay, so he was trapped on an alien world and couldn’t get back, being reunited many years later with Langford and immediately dying after.

“Lost” seems to still sum that up though.

They’ve also put out a brief teaser for the project, albeit completely composed of pre-existing footage. In it, we see a young Langford as the gate is raised from the earth. This is a show that could fit into the existing Stargate canon, and looks pretty cool. Each episode will only be ten minutes long, but it’s like getting a new Stargate movie’s worth of content… so… neat?

Here’s the bad news though: It’s debuting on a “new streaming platform” called Stargate Command. We don’t know much about the platform, other than the fact that it will have both free and paid elements… and will be full of Stargate stuff? I honestly don’t know. While I’m excited about a new Stargate show, I have no desire to sign up for a new service. Even with Star Trek: Discovery you’re signing up for CBS All Access, which has an entire network’s worth of programming.

But a whole service? For one, ten episode show? MGM’s executives have to be out of their damned minds.

One thought on “‘Stargate: Origins’ Announced, Will Annoyingly Air On New Streaming Platform”