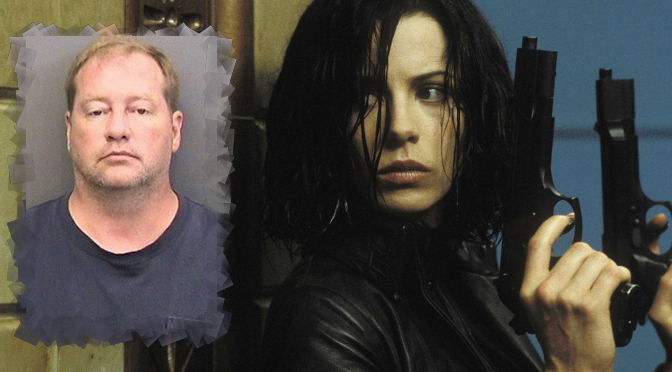 Forty-five year old Iowa resident Terry Lee Repp was arrested on Saturday at Tampa Bay Comic Con for allegedly stalking actress Kate Beckinsale. Repp has apparently been following Beckinsale to conventions across the country for at least the last year. In 2016 he apparently threatened to stab Beckinsale at an event in Salt Lake City, and later showed up at Houston’s Comicpalooza.

Repp has been arrested, and was initially charged with misdemeanor stalking. On Sunday a Florida judge recommended that the charges be upped to a felony, though we don’t know if that’s been formally done. Repp was being held on a $5,000 bond.

Repp was apparently found before he could approach Beckinsale at the convention, as an officer reportedly recognized the man and immediately arrested him. Police told TMZ that Repp has “an irrational obsession with the victim and has traveled across the country in an effort to harass her.”

Beckinsale’s panel on Saturday was delayed so she could file a report, but she did return to the convention.