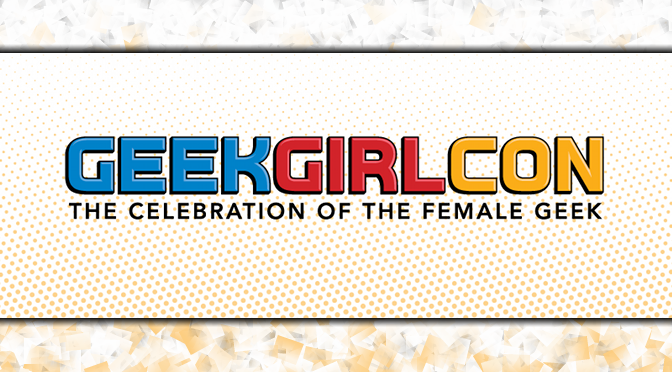 Seattle, WA based GeekGirlCon has been running since 2011, dedicated to promoting women in science, science fiction, video gaming, and more. It’s been a source of inclusion that this community desperately needs, and that’s why it’s kind of bizarre to see the event at the center of such ridiculous drama.

You see, five people resigned quite publicly from the event’s staff this last weekend. And by “publicly resigned” I mean “hijacked the convention website and mailing list on their way out the door.” In move straight out of fifth grade, the these members of the conventions operations team posted a lengthy message to the convention’s website and to the con’s mailing list alleging underhanded voting tactics, bullying staff members, and (here’s the kicker) reverse racism.

“Reverse racism” isn’t actually a thing by the way.

The complete message (which was soon deleted from the website) can still be found on Bleeding Cool and GeekWire, and reads as follows:

It is with great regret that we wish to inform our attendees, exhibitors and sponsors of the resignation of the entire Convention Operations team, loss of key Founders and Board members. The Convention Operations team, responsible for all aspects of setup of our convention, Exhibitor management, security, and pass sales have chosen to leave GeekGirlCon as a result of the actions of the Executive Director and remaining Board members.

The following is the statement from our Convention Operations Team:

This action is not a step taken lightly. Many of you are our friends. Many of you we consider family. This team has a long history with GeekGirlCon, including some of us who were there at the start, and all have worked very hard to support its mission and values. We are disappointed and saddened that it has come to this. However, actions by the ED and by the Board have made the current environment one in which it is impossible for us to continue. Over the last five months, while we worked with the ED and the Board in good faith to resolve the differences, we witnessed bullying, gender discrimination, racism, misuse of charitable funds, and many instances of unethical behavior. We can no longer support this organization’s administration as their recent conduct shows a severe lack of integrity, morality, and respect for its hard-working staff, volunteers and attendees.

Effective immediately, we are resigning our positions and will cease association with GeekGirlCon.

If you are an Attendee, Exhibitor, or Sponsor for GeekGirlCon 2017 and are concerned about the status of your payment, recent drop in expected attendence, or sponsorship of this year’s convention, please contact:

You may also direct inquires to: Michele Domingo, Executive Director and I-Wei Feng, Acting President of the Board of Directors.

The convention, of course, put out its own public statement addressing the issues (as it was kind of forced to). Considering the vitriol of the outgoing member’s “flounce,” it was significantly more professional. It’s worth reading the entire thing, but a very important bit is the following:

Our organization is led by Michele Carrico Domingo, a woman of color who has made it her mission to demonstrate transparency, integrity, and inclusivity. Her background working with both non-profits and corporations has made her exceptionally qualified to lead GeekGirlCon. The entirety of the GeekGirlCon staff supports Michele, and we are honored to be led by her.

Now, we can’t speak to the voting methods of the nonprofit that runs GeekGirlCon or whether or not any “bullying” was involved. Frankly, this whole thing reads as a “Liechtenstein Letter” situation to me for the most part, where a bunch of passive aggressive geek staff members freak out over perceived slights that don’t really exist. But the allegations of “racism” against a woman of color is just… weird? It’s weird.

As The Mary Sue is correct to point out, this pretty much amounts to accusations of reverse racism. That the “flounce” letter avoided mentioning the Executive Director wasn’t white alters the tone of the accusation too, seemingly in an attempt to prejudice the public against the con. As webcomic creator Audrey Redpath pointed out on twitter:

Leave you with this: discussing with my source why they chose to accuse GeekGirlCon of racism/sexism w/o specifying white men and women. pic.twitter.com/hwVV4IRkI3