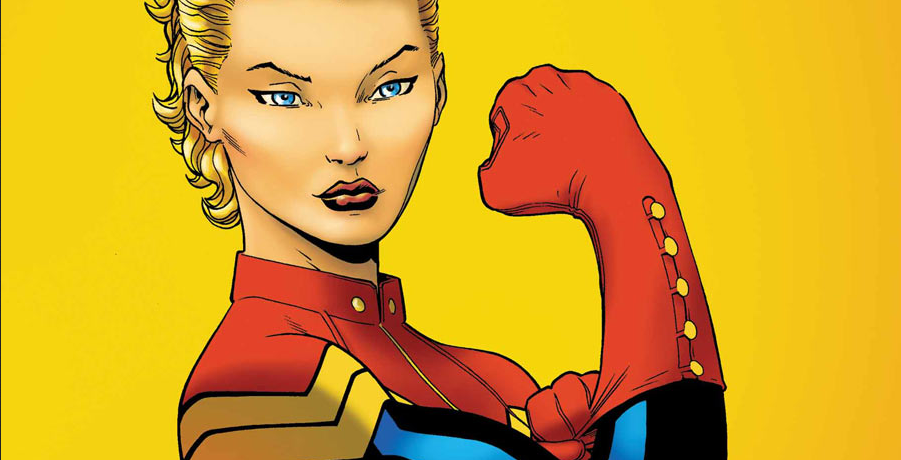 The Captain Marvel has been one of the most anticipated films in the Marvel Cinematic Universe. With Brie Larson set to star and Mississippi Grind‘s Anna Boden and Ryan Fleck directing, it looks like Marvel’s first woman led superhero film is in good hands. Not everything is completely solid though, as originally Meg LeFauve and Nicole Perlman were going to pen the screenplay.

That is no longer the case.

It’s being reported that LeFauve and Perlman are being replaced, as LeFauve has been tapped to direct Disney’s Gigantic with Nathan Greno. Instead Geneva Robertson-Dworet will take over writing duties for the Captain Marvel film. Robertson-Dworet is responsible for the upcoming Tomb Raider movie’s script, as well as writing the (who knows if it’s still happening) Gotham City Sirens.

I guess we’ll see how this turns out.