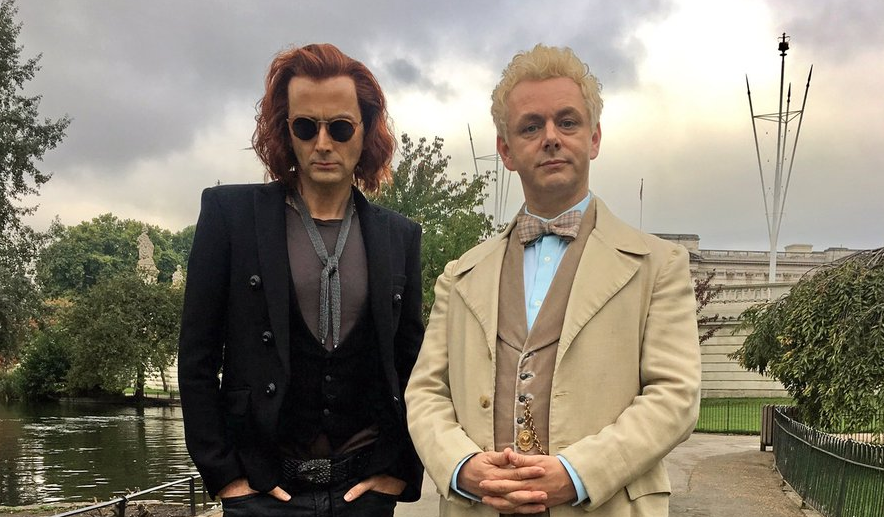 The march of Neil Gaiman and Terry Pratchett’s Good Omens to television screens continues forward, with the latest news being a first look at David Tennant and Michael Sheen in costume as Crowley and Aziraphale. The official Terry Pratchett twitter account tweeted out an image of the two earlier today:

Terry would be beyond proud today. Thank you David & Michael. pic.twitter.com/vK7gtpl9hK

Beyond that image, we also know a lot more casting information about the show now. It’s been announced that Jack Whitehall will take on the role of Newt alongside Michael McKean as Sgt. Shadwell. Filling out that corner of the story, Miranda Richardson will play the psychic/courtesan Madame Tracy.

We importantly also know that Adria Arjona will play Anathema Device, the descendant of prophetic witch Agnes Nutter. In less notable parts of the cast, we have Nina Sosanya as Sister Mary Loquacious, Ned Dennehy as Hastur, and Ariyon Bakare as Ligur. No word yet on who will play the Horsemen, Adam, or the rest of Adam’s gang.

Good Omens is expected to be released in 2019.