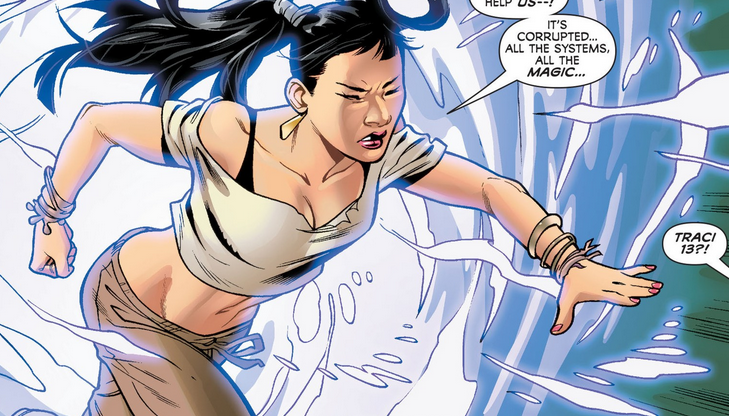 It looks like The CW is far from done filling its lineup with comic book properties. Apparently not satisfied with six comic book shows (with two more on the way), the network is apparently now developing a series called Project 13 centered around the DC characters Traci Thirteen and her father Dr. Terrance Thirteen.

I have those numbers right, don’t I? I mean the network currently airs Arrow, The Flash, Supergirl, Legends of Tomorrow, Riverdale, and iZombie, with Black Lightning coming soon an The Chilling Adventures of Sabrina arriving in 2018. Did I miss anything?

Anyway, Project 13 (as one would guess) will be centered around the paranormal. Elizabeth Banks (yes, that Elizabeth Banks) and Max Handelman will executive produce through their company Brownstone Productions. Daegan Fryklind will also serve as an executive producer, and is writing the project. Fryklind is probably best known for her work creating the television series Bitten (based off the book by Kelley Armstrong).

As we always warn, a show like this is still early in development and may never end up on screens. But man, this could be pretty cool if it does make it.